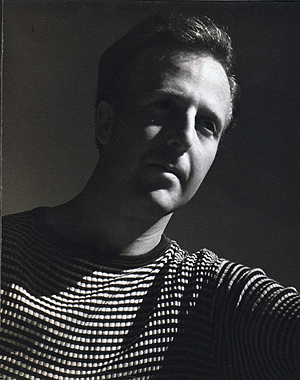 Alwin Nikolais (1910 – 1993) was a choreographer, dancer, composer, musician, teacher and innovator.  He composed the music for his choreographic works, and designed the sets, costumes and lighting for his performances.  In 1987 he was awarded the United States National Medal of Arts.  Alwin Nikolais gave the world a new vision of dance and was named the “father of multi-media theater.”

Alwin Nikolais’ vision and philosophy are represented in over 120 choreographic works.  In addition to the National Medal of Arts, Alwin Nikolais’ has been honored with the Samuel Scripps American Dance Festival Award, The Capezio Award, Dance Magazine Award, The Tiffany Award, and the American Dance Guild Award.  He was knighted to France’s Legion of Honor and as a commander of the Order of Arts and Letters.  Mr. Nikolais was twice designated a Guggenheim Fellow and received a creativity grant from the Andrew Mellon Foundation.

Alwin Nikolais began his performing career as an organist accompanying silent films.  As a young artist, he gained skills in acting, scenic design, puppetry, and music composition.  He was inspired to study dance after attending a performance by the illustrious German dancer, Mary Wigman.  Alwin Nikolais received his early dance training at Bennington College in Vermont from the great figures of the modern dance world: Hanya Holm, Martha Graham, Doris Humphrey, Charles Weidman, and others.

Mr. Nikolais created his first work in 1939 in collaboration with Truda Kashmann, his first dance teacher.  After teaching at his own studio and touring with Hanya Holm’s company, Alwin Nikolais did active duty in the Army during World War II.  After the war he became Hanya Holm’s assistant, teaching at her New York school and Colorado College.  In 1948 Nikolais was appointed director of the Dance Division of the Henry Street Playhouse where he formed the Playhouse Dance Company, later known as the Nikolais Dance Theatre.  His company performed for audiences in each of the 50 states and in over 20 countries.  His career as a dancer, teacher and choreographer spanned over 50 years.

Alwin Nikolais was the sole creator of each media source he used.  His was a dance theater of motion, light, sound and color.  Alwin Nikolais blended his talents into a single aesthetic force that has greatly influenced the contemporary stage and a generation of choreographers.  His work explores abstraction in movement, design, and sound. Alwin Nikolais’ philosophy of dance is an art of “motion, which left on its own merits, becomes the message as well as the medium.”