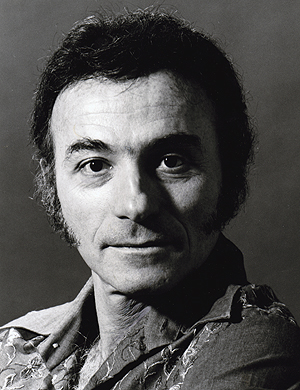 Murray Louis (1926 - 2016) was a choreographer, dancer, teacher and writer.  Beginning in 1946 and continuing today, his artistic career can be described as enduring and prolific.  He created over 130 choreographic works, published three books, a film series and video series.  Murray Louis was a contributing writer for the New York Times and Dance Magazine.  For over 50 years Murray Louis devoted his life to dance.

During 1998 Murray Louis was selected as a Phi Beta Kappa Scholar visiting 12 Universities in the United States.  He was awarded two Guggenheim Fellowships and chosen as a Lucia Chase Fellow.  Murray Louis was a Knight of the French Order of Arts & Letters.  His awards included the Critics Award International and Dance Magazine Award.

Murray Louis’ career began in San Francisco after his discharge from the Navy.  He studied acting, writing and dance with Anna Halprin. In 1949 he attended the Colorado College, School of Dance headed by Hanya Holm where he began his studies with Alwin Nikolais.  Murray Louis was the principal dancer with the Nikolais Dance Theatre from 1950 – 1959.  He was renowned for his perfect muscular control.  Murray Louis became a driving force in the evolution of the aesthetic and pedagogic theory known today as the Nikolais/Louis Technique.

As a teacher, Murray Louis’ affiliation with the Henry Street Playhouse as Associate Director of Dance continued from 1953 – 1970.  During that time, he was also a pioneer with the National Endowment of the Arts in bringing dance to public school children.  He was an innovator in university Artists in Residence programs and gave hundreds of master classes at colleges throughout the United States, Canada, and Europe.  Murray Louis viewed dance as a complete language – a ways and means to communicate and learn. He continued to demonstrate total commitment and share his expertise.