University Libraries held their ever-popular Alden Open during Dads Weekend on Saturday, Nov. 5, 2022 from 10 a.m. to 4 p.m. The annual mini-golf course is a popular activity for students and fathers with its 18 holes and three floors of fun in Alden Library. Games such as cornhole and Giant Jenga were available to play too. The Open was free of charge as well as open to everyone.

Check out the photos by Charlie Nick / Ohio University Libraries from the event below: 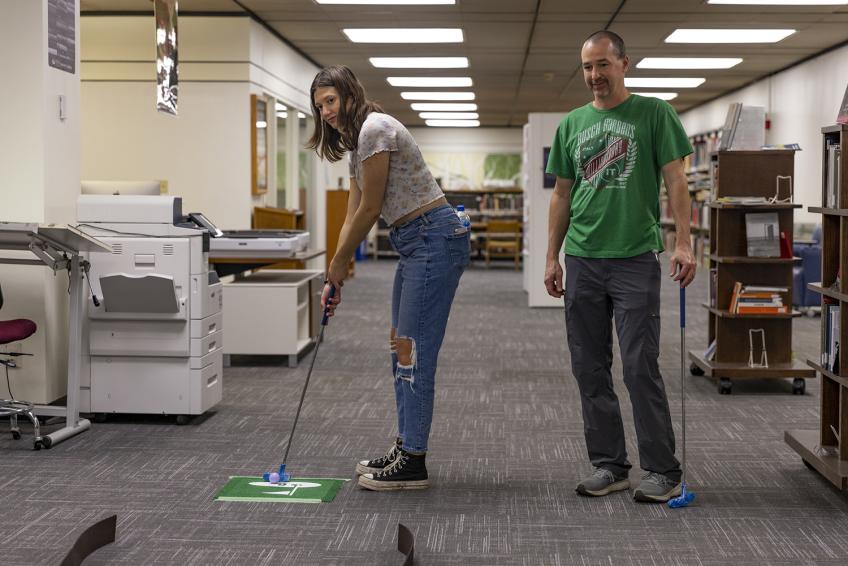 Kate Blosser sets up to putt at hole six with her father, Scott Blosser, on the third floor of Alden Library at the Alden Open during Dads Weekend. The course spanned three floors of the Library taking place on the third, four and fifth. 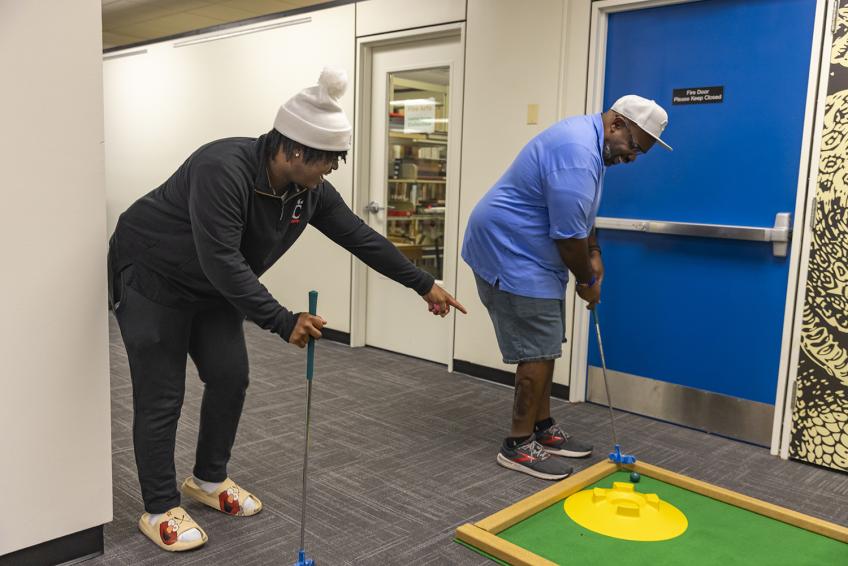 Jalen Morrow laughs at his dad after he missed a putt. The event was open to everyone and encouraged students to have fun with their dads while also showing them around the Library. 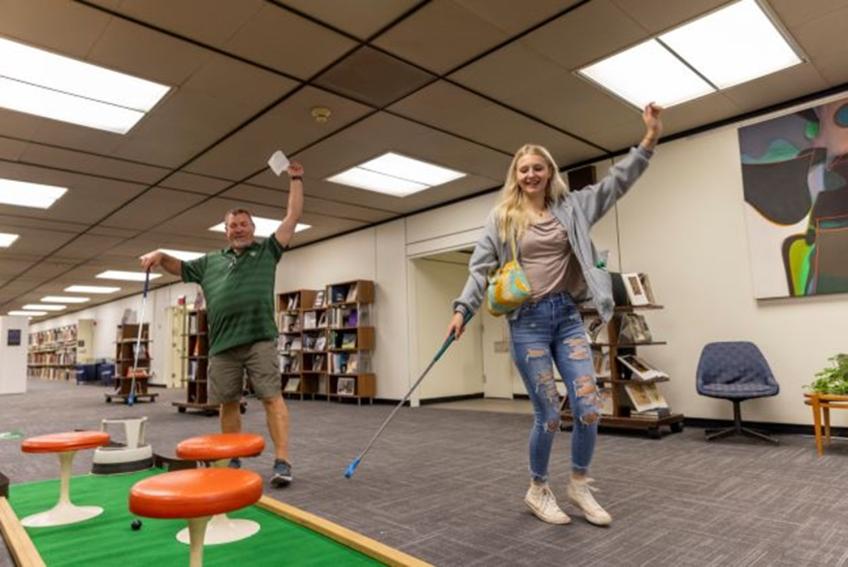 Ron Simons celebrates with his daughter, Mikayla Simons, after she completed a par two putt. This year’s Alden Open was free of cost and is a fan-favorite event held every year. 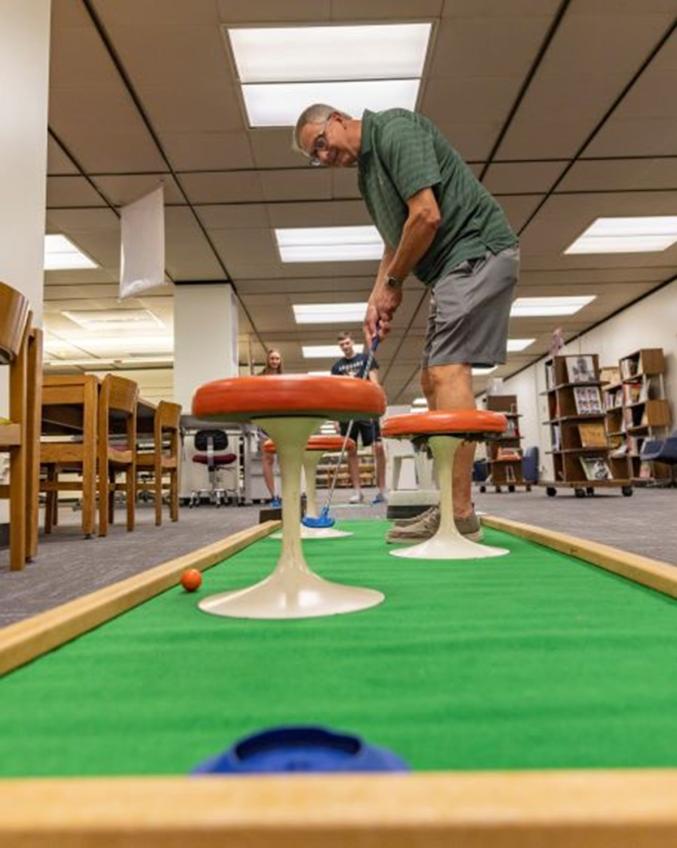 Kevin Urbaniak, a junior studying marketing, watches in the background as his father, Jack Urbaniak, putt-putt around the handmade course set up by University Libraries. 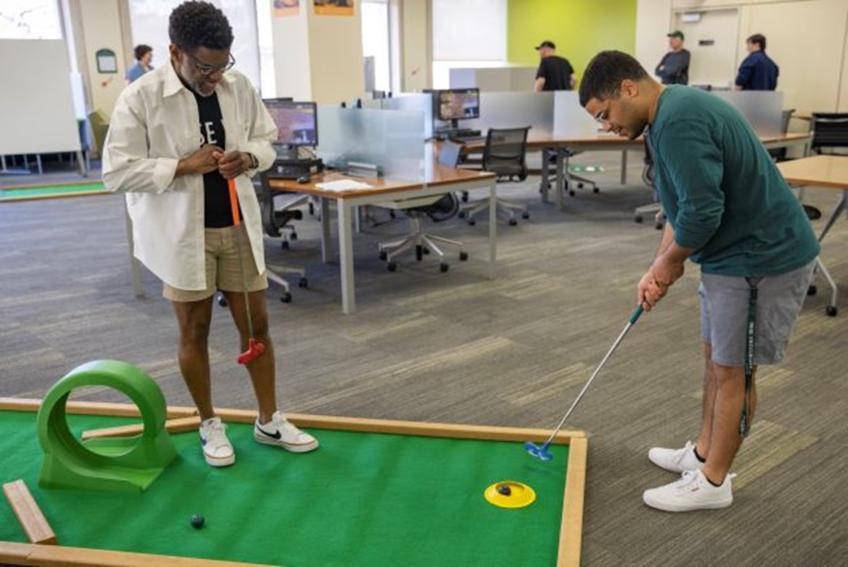 Jeff Brooks, watches his son, Tyler Brooks, a sophomore studying aviation, complete a putt on the fourth-floor course in Alden Library. The themes and courses change every year, so it’s always a surprise for those new and returning to play. 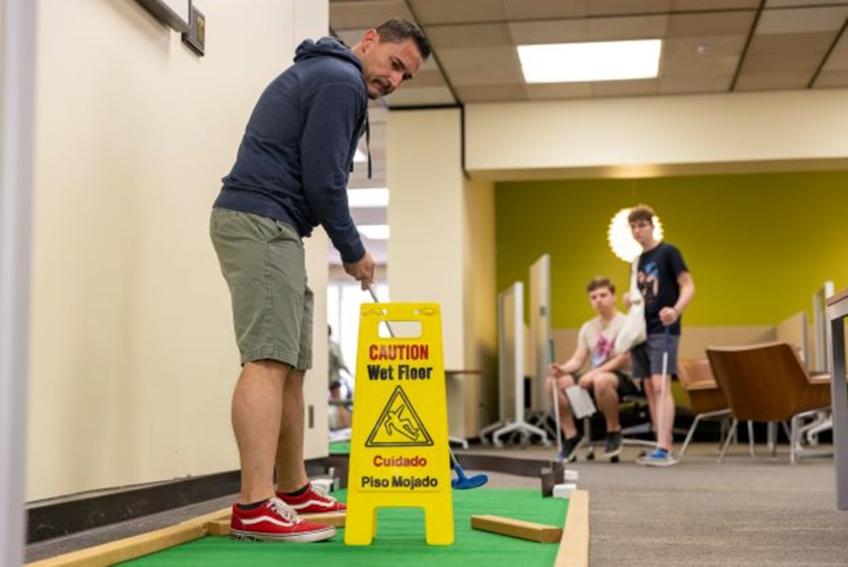 Ryan Benedetti aims to complete a putt, while his son, Christian Donovan, a sophomore, and Nathan Turner observe the green and shot. 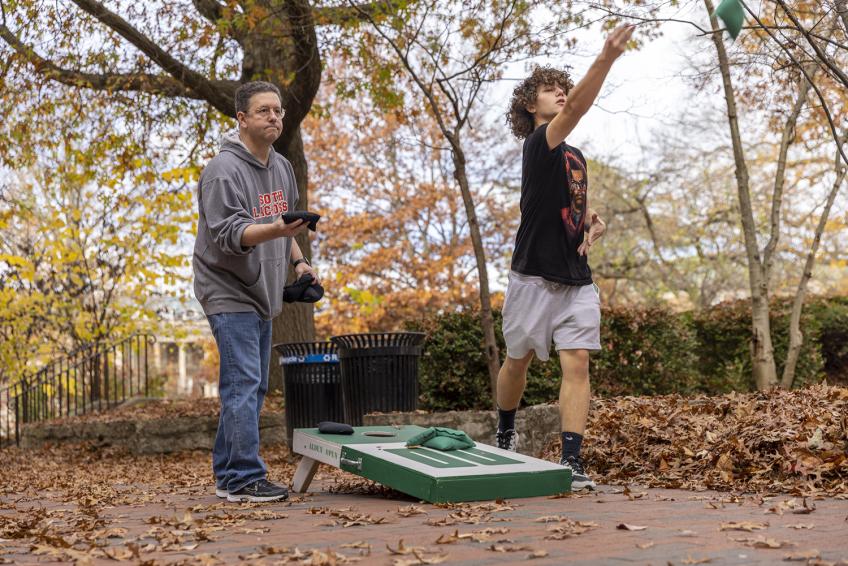 Spencer Hunt plays cornhole with his son, Donovan Hunt, a sophomore, outside the fourth floor of Alden Library. In addition to mini-golf, activities such as cornhole and Giant Jenga were available to play as well.