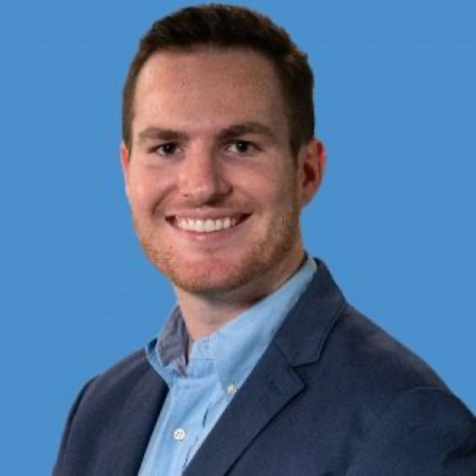 Cole Decker credits his approach to being a founding member of Kroger's new diversity council to OHIO's HTC.
Jonah Krueger

American retail company Kroger announced Cole Decker, an HTC Business alumnus, as a founding member of its new Diversity, Equity & Inclusion Council. The first of its kind for the massive grocer, Decker and his co-councilmembers will advise senior leaders of Kroger to ensure the values of inclusion and diversity are upheld within each aspect of the company.

The Diversity, Equity & Inclusion Council, composed of members from various backgrounds, is set to advise the company on how to better foster a comfortable workplace for employees of all communities. Following the announcement of the council, Kroger has expressed its commitment to 10 immediate actions to further improve equity both internally and externally.

Decker brings the council two primary contributions: his professional experience with 84.51°, a division of Kroger dedicated to making data-driven decisions, and his life experience as a member of the LGBTQ+ community.

Raised in Columbus and attending college in Athens, Ohio, Decker says he understands what it is like to feel unprioritized and left out. “I really struggled when I was growing up to find my voice,” he said. “[I] never really felt like the living, breathing patchwork of community.”

After relocating to Portland, Oregon, for his position at 84.51°, however, Decker gained his bearings through the diversity and uniqueness of the northwestern city. Unsatisfied with merely empowering himself, though, he now looks to help those in all marginalized communities break through the same barriers. The council, he says, is one way he feels he can accomplish this.

“There are lots of other communities that are underserved, and we need to listen. We need to listen to what’s going on, we need to observe and we need to help amplify the voices of these communities,” Decker stated when asked about the role of the committee. “I do not intend to speak on behalf of any community or even any specific organization, but there is real power in amplifying voices.”

Decker believes that he and the council can better serve Kroger’s employees and customers by maximizing inclusion and fostering an inviting community. The best way to accomplish such a feat, he believes, is by reevaluating established norms through an inquisitive and empathetic lens, employing a research mindset to humanistic problems.

He attributes his focus on research to his time spent in Ohio University’s Honors Tutorial College. Decker stresses the impact that the structure and goals of HTC had on his professional development.

“HTC really enabled me to ask questions and put me in space where it was safe to do so. When I think of the tutorials that I had, it wasn’t me sitting in a large classroom setting where I might have been afraid to ask a question,” he said. “[HTC] helped show me that I can be unique, I can find my voice, I can find myself and my passions, and that I can also do something with them that impacts other people in a positive way.”

Decker’s success after graduation was unsurprising to his former HTC mentors. Raymond Frost, Director of Studies for HTC’s Business Administration program, described Decker as talented student who “made the program better through his contributions.”

With his new position on the council, Decker believes that he is using his passions to enact positive change. With Kroger’s Diversity, Equity & Inclusion Council still in its earliest iteration, Decker is sure that the team has a tough but rewarding road ahead.