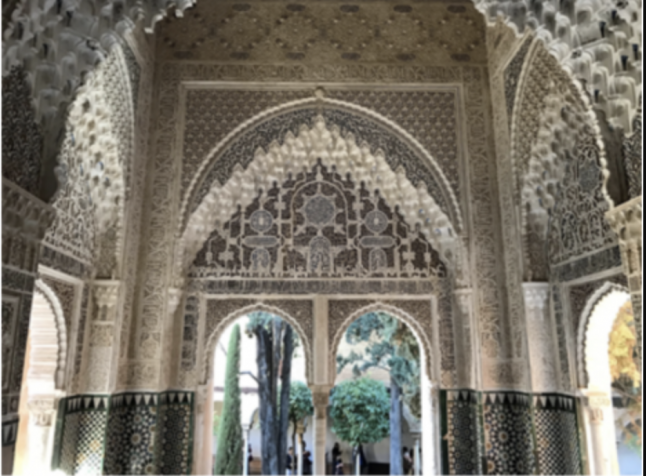 If you’re planning to study abroad in Spain, I have compiled a list of must-see places throughout the country. Adventurers, foodies, and tourists alike will find something in this amazing country that peaks their interest.

This one is a no-brainer. Being the capital of the country, there are endless things to do in this city. First, you must visit city-center and go to El Plaza Mayor. Here, you’ll find tons of vendors selling trinkets and countless entertainers trying to woo you with bubble art and puppetry. After walking around the plaza, take a short walk to the best churros con chocolate cafe in the country. Nothing in the United States quite compares to how delectable the food is here. If you’re a soccer fan, or should I say fútbol, catch a game at the Real Madrid stadium… unless you're a Barcelona fan. Lastly, you need to take a tour of the Royal Palace.  The palace is so ornate and lavish, it is hard to believe that someone could actually live there. 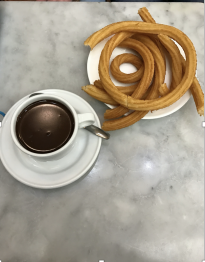 This small city just a short train ride away from Madrid is home to Cervantes, the Spanish novelist and poet who wrote famous works such as Don Quixote. Although a quiet town, there is still so much to see here: the Cervantes Museum, a convent that sells the BEST candied almonds, and the University of Alcalá. Plus, as with any place in Spain, there are tapas bars everywhere.

Granada is hands-down my favorite city in the world and if you visit you’ll understand why. Fun fact: Granda translates directly to pomegranate. This city is literally named after fruit, which they display everywhere. Hidden amongst the hills, Granda houses the Alhambra which was the last Muslim palace before the Christians took over the monarchy. The Arabic influence can be seen in the beautifully-detailed architecture and tiles in the buildings. The gardens, attached to the palace, also remind me of something from Alice and Wonderland. If there is anything you do while in Spain, let it be this.

After a full-day of touring the palace and gardens, let yourself relax and enjoy some entertainment by watching Flamenco Dancing. You’ll be amazed at how these dancers can move. It is possible, too, they will pull you on stage to try and teach you a few steps.

419 represent! Toledo, Spain is a sister-city to our Northwest, Ohio gem. There is even a street named after Toledo, Ohio! Toledo is the second small-city to make the list, but like the other, it is worth a visit. Toledo is famous for their sword-making industry and you can even visit a shop and see the blacksmiths making swords by hand. If you’re worried about how you’re going to bring a sword through customs, be rest assured that it is possible (trust me, I did it). 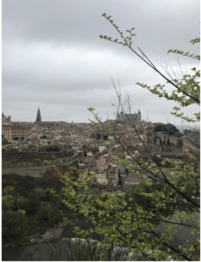 Last but not least on our list is Marbella. This beach town is everything you need for a quiet escape from the hustle and bustle of the bigger cities. Also, Marbella is surrounded by mountains so no matter where you look, you’ll always have a great view. My favorite thing I discovered here was El Corté Ingles: a superstore, department store mix. It is a one-stop-shop for everything you might possibly need, including aloe which is necessary after burning yourself from head-to-toe on the beach. Don’t ask me how I know this.

I may be biased, but Spain is one of the best countries in the world. Not only is the landscape drop-dead gorgeous, but everyone there is so friendly. Spain was the first place I traveled abroad to and it was my first step in becoming a global citizen. No matter where you go in Spain or what you do, let it leave an imprint on your heart as it did to mine.