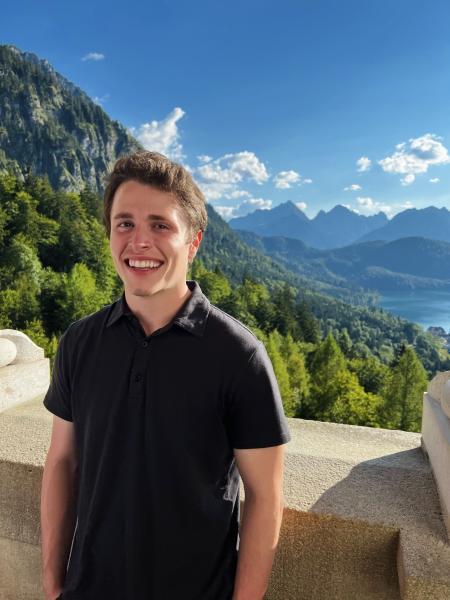 What skills do you feel you've gained from going on a global program?

I have gained cross cultural communication skills. Throughout my experience, I was challenged in communicating with people from all over the world, who spoke different languages. I learned to overcome this with research and practice of cross-cultural communication skills. Studying abroad enabled me to continue to practice this skillset throughout my journey. I would say on a personal note that my time abroad pushed me out of my comfort zone in terms of general traveling skills. Examples of these include understanding different public transportation systems, adapting to individual local economies/currencies, safety practices, communication/language barriers, and more. This experience improved majority of my professional soft skills. I worked in many teams whether it was in the classroom or on the streets of a foreign city. I had to manage my time to be able to travel, see, and learn about the places I wanted to in each city. Adaptability represents a significant skill that I needed to build upon throughout my time in Europe. It was key to learn how to adapt to different situations, especially during COVID. Lastly, critical thinking came into play many times. I feel that these skills were built upon significantly during my study abroad experience.

What is one of your favorite memories from your global program?

This story does not take place in my study abroad city, but rather on holiday trip during the semester. I was in Santorini with my girlfriend during Greece's off season. There were probably only ten other students / tourists on the entire island. One day we walk around for hours trying to find an open restaurant. Eventually we found one after hiking for about six miles. The sign said open however, no one was in there. After waiting around for a few minutes, the chef came around the corner and was delighted to see us. He welcomed us into his restaurant and proceeded to cook us some of his favorite Santorini delicacies. Including my favorite, Bougiordi. He sat there as we ate and told us all about how he became a chef. We talked for a few hours and eventually left with about five homemade desserts that he insisted we take as a parting gifts. The dishes were truly the best food I have ever had, and this experience made the whole trip. Later we found out that the restaurant is relatively famous and one of the best in Santorini. For us, it was luck! It is called Naoussa if you are ever in Santorini. Overall, this was one of my favorite memories abroad.

What advice would you give a student that is interested in a global program?

Find a place that is interesting culturally, professionally, or personally to you then take the leap and go for it! Studying abroad was the best five months of my life. There aren’t many chances in a lifetime that you can be in your twenties and travel for several months. I would also say to not take an overwhelming schedule. I learned five times as much just talking to people in the city and exploring new places than I ever have in the classroom. If you are to take anything away from this, do not be afraid. When you step out of your comfort zone - that is when you learn and grow most as a person.