When Vernon R. Alden came to Ohio University as its 15th president in 1962, he hoped to lead Ohio University to a “New Frontier” of excellence and national prominence in order to meet the needs of a student body that was expected to climb to 26,000 within the decade.

In 1963, a study by the Ohio Board of Regents showed that academic libraries in “Illinois and Michigan had about a third more basic requirements—[and] the state-assisted schools in Ohio about a third less. Ohio University was next to the bottom of the list with a 37% deficiency.” 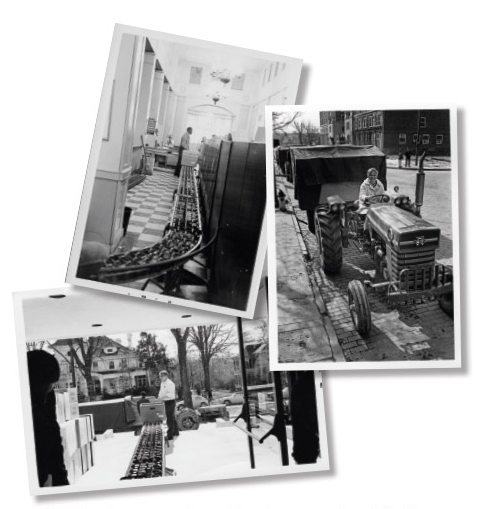 In response, President Alden’s administration made the construction of a new library a priority over all other building needs for the University.

“We had to replace a couple of buildings, [Boyd Hall, a women’s dormitory and the old women’s gym on Park Place] and that was a bit controversial because we wanted the Library to be in a central location,” said Alden.

At seven stories high and as long as a football field, the Vernon R. Alden Library finally opened its doors May 23, 1969, beginning a new chapter in Ohio University Libraries. 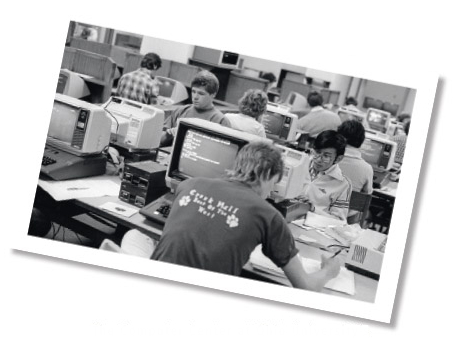 In 1996, Ohio University Libraries earned its place among an elite group of major university and research libraries in the United States and in Canada as a member of the prestigious Association of Research Libraries (ARL). Thanks to technology, and the ever-increasing emphasis that the Libraries is placing on shared resources, nowhere does the old blend with the new quite so seamlessly as in Alden Library. 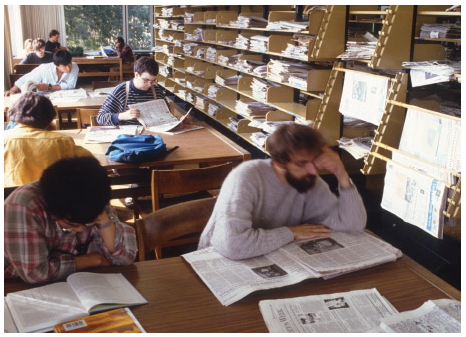 A popular reading area for students was the newsprint section on the fourth floor of Alden, 1995.

As in the past, quiet study spaces still remain in Alden, but currently, the most heavily used areas of the building are collaborative workspaces. With the opening of the Learning Commons, a student-oriented and technology-enriched environment in 2004, the Library’s hours extended to 24 hours a day, 5 days a week in addition to its regular hours. 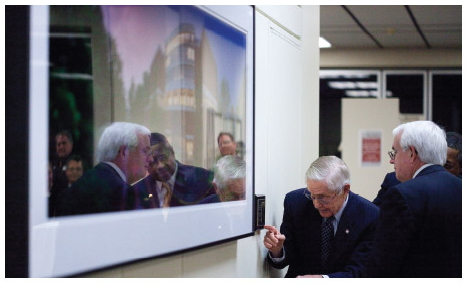 In 2010, the Libraries’ collections grew to 3 million items—ranking Ohio University as the 64th largest library in North America.

Alden Library fills many niches for many different researchers’ needs and creates a comfortable place for Ohio University students, faculty and community members to research, to study and to collaborate—day or night. 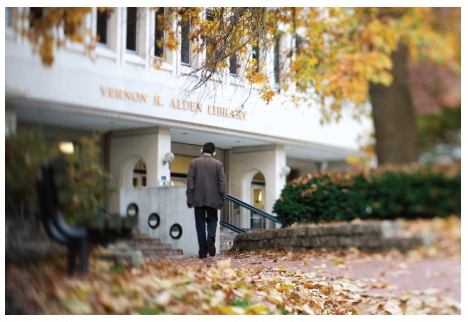 A student approaches the Vernon R. Alden Library on October 27, 2009.

Though buildings, students, and times have changed since the first Library of Ohio University in 1814, OHIO’s Libraries has continued to set the intellectual tone of the campus and continued to contribute to the outstanding quality of education that the University offers.