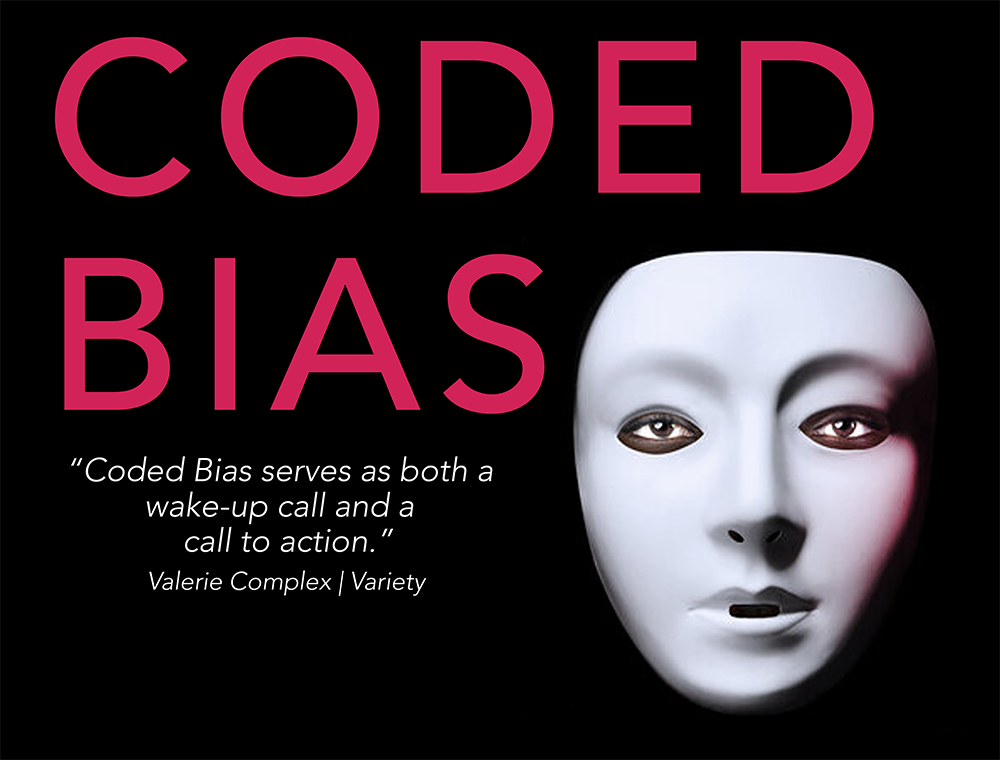 The Athena Cinema announces its fall Science on Screen® event featuring the theatrical release of Coded Bias. The film will be available to screen via the Athena Cinema from November 18 to 24th and a special panel event will take place on Thursday, November 19 at 8:30 p.m. Thanks to our generous sponsors, the Athena Cinema’s screening of the film is free and registration is required at the Athena website.

Coded Bias is an exploration of the intersection of artificial intelligence and law enforcement. Modern society sits at the intersection of two crucial questions: What does it mean when artificial intelligence (AI) increasingly governs our liberties? And what are the consequences for the people AI is biased against? When MIT Media Lab researcher Joy Buolamwini discovers that e most facial-recognition software does not accurately identify darker-skinned faces and the faces of women, she delves into an investigation of widespread bias in algorithms. As it turns out, AI is not neutral and women are leading the charge to ensure our civil rights are protected.

The New York Times calls it a “...cleareyed documentary [that] explores how machine-learning algorithms can perpetuate society’s existing class-, race- and gender-based inequities.”

This Science on Screen® event is sponsored by University Libraries, the Ohio Museum Complex, the Center for Campus and Community Engagement, Arts for Ohio, the Women’s Center, the Black Student Cultural Programming Board, and the Multicultural Center, and is presented in partnership with the OHIO Research Division and the Office for Multicultural Student Access and Retention.

"We are so appreciative that our sponsors have made it possible for the Athena Cinema to offer the screening of Coded Bias at no cost to benefit our OHIO students, the Athens community, and beyond,” says Alexandra Kamody, Director of the Athena Cinema.

Science on Screen® began in 2012 as a series with the aim of pairing feature films and documentaries with acclaimed scientific experts and technological innovators. Science on Screen® events are relative and engaging, offering dynamic speakers and industry-specific subject matter experts in an unexpected and often unplugged platform in a way that is accessible to a diverse audience. The Athena Cinema has one of the longest-running funded Science on Screen® series in the country. It’s one of only three theaters in the nation that has hosted the program for eight seasons.

Science on Screen® is an initiative of the Coolidge Corner Theater, with major support from the Alfred P. Sloan Foundation.

The Athena Cinema seeks to educate, entertain and engage by bringing the finest independent film to Southeastern Ohio and create a shared space for dialogue. For more information visit their website. Contact: Alex Kamody, director, kamodya@ohio.edu.