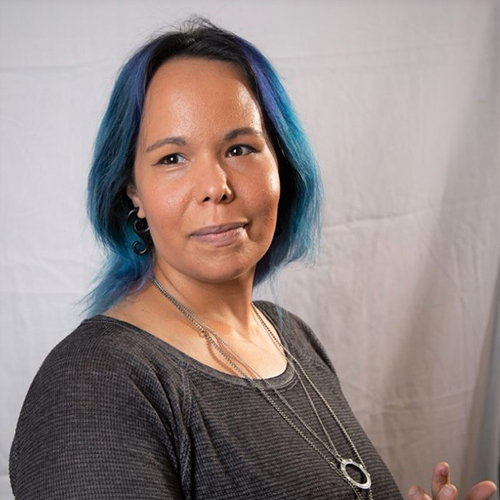 Bethany Padron is a Costume Studio Manager who has been costuming since the early 2000’s when she was exposed to cosplay for the first time. After Creighton University, she used her enthusiasm for dressing up other people to earn a master’s degree in Costume Technology from the University of North Carolina School of the Arts.

Her freelance career spans fashion, dance, musicals and plays in regional theaters, multiple universities, event design, haunt attractions and amusement parks before joining the University of South Dakota.  As a former library assistant; Bethany is an avid about data, statistics and cataloguing and bringing those abilities to costume technology. Her draping and craft skills are a regular feature at the Nebraska Shakespeare Festival and is an officer for the Kansas City Costumer’s Guild. Bethany is involved in pop culture costuming; from comic books to film and historical interpreting. She can often be found at conferences and conventions; teaching, competing and presenting on topics from painstaking historical recreations to cosplay engineering. She follows the motto “Do What Is Wise.”