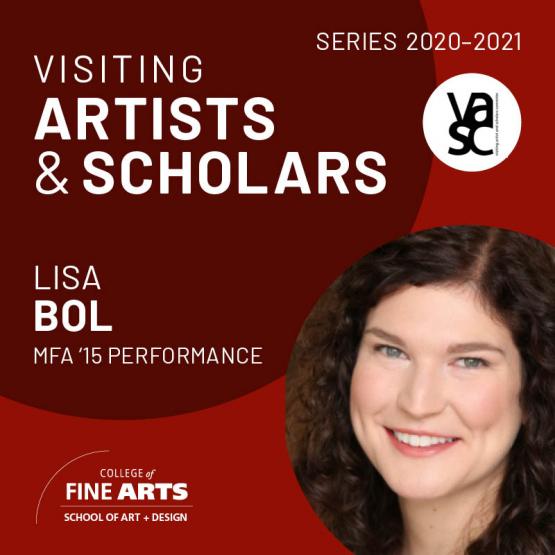 Bol, an actress/producer/entry level director based out of New York City, workshopped virtually with student actors on August 28. She co-found Tantrum East with alumnus Thomas Daniels, MFA’ 15, in 2018. Tantrum East showcases works of Ohio University School of Theater alumni based in New York and also works to build a strong Bobcat network. Tantrum East recently premiered its 2020 Bobcave Short Film Series that featured the work of OHIO alumni MFA playwrights and actors. All of the shorts addressed issues the public is facing due to the pandemic.

Bol met with 25 students to illustrate the finer points of Actors Access, a tool widely used among casting directors and agents to find actors. Bol offered this workshop last spring with the class of 2020 and sought to offer the same advice to this year’s graduating class.

“Having been out in the world working for about five years now, I have learned some tricks that can help students be in the top of the application poll that casting directors are viewing,” says Bol. “Through my own use of the tool with Tantrum East, I have insights [as a casting director] that can be incredibly helpful for students upon graduating and I want them to have the best advantage they can when they graduate.”

Over the years, Actors Access has become one of the main ways that auditions are held. David Haugen, associate professor of Performance, invited Bol to lead this workshop due to her expertise in using the tool. Haugen notes it takes time for actors to learn how to use Actors Access to their advantage.

“It’s a big business [acting] and there’s a lot of different ways to go at it,” says Haugen. “So, you have to learn it bit-by-bit and this is a starting point. This is the beginning of bridging from being a student and transitioning into the industry.”

Being able to show students both the actors view and the casting view of Actors Access allowed them to see the full process.

“I think it is important for us to have a strong alumni network,” says Bol. “To be able to sit down and talk with someone who has been out working for a while and went to OU…can be really beneficial. These students now have the entirety of this year to build their profile, so they are ready to hit the ground running when they graduate this spring.”