Students in the Ohio University School of Film (OUSOF) got the chance to talk with a couple of filmmakers from Toronto on Oct. 13, during the second in a set of visiting artists to the program. Matt Johnson and Matt Miller, the director/producer team behind the award-winning film, The Dirties, stopped by the film school via Zoom to talk with students about their career, independent film and the process of making a first feature film.

The Dirties, tells the story of two high school friends who decide to make a movie about getting revenge on the students who bully them. As the story develops, one of the students decides the friends should take actual guns to school and get revenge for real. The film won the Best Narrative Feature award at the Slamdance Film Festival in 2013. The film’s success reached American filmmaker Kevin Smith who then released the film through his company, the Kevin Smith Movie Club. 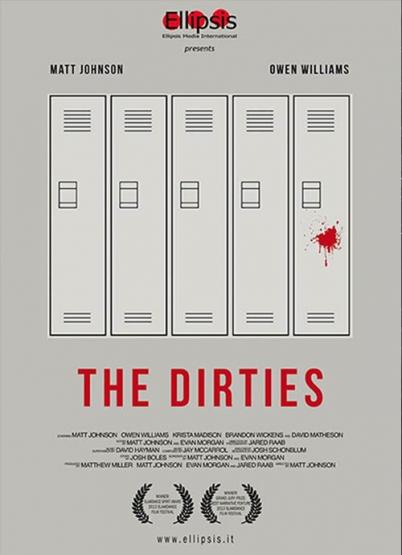 After the success of The Dirties, Johnson and Miller entered graduate school where they planned their next feature, Operation Avalanche, a mockumentary about the faking of the moon landing in 1969. The production team got permission to shoot inside actual NASA facilities where they staged scenes related to a moon landing coverup. The film premiered at the Sundance Film Festival and was released by Lionsgate in 2016. The team is also behind the web series, Nirvanna the Band the Show, which originally ran online in 2007 but was discovered and reimagined by Vice after the making of Operation Avalanche. 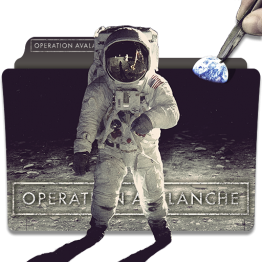 Here is a selection of the Q&A with filmmakers Matt Johnson and Matt Miller:

OUSOF: What should film students prioritize during and after film school?

MJ: At this stage in the game, people are going to be working on your sets for free or as favors or for very little money for the most part. So you’re going to have to be dealing with big personalities who are going to be making demands of you because they’re allowed to because they’re not being paid a salary to work there and they’re, in a sense, doing you a favor. The flip side of that is your gift to them is that “Hey, if this movie takes off, you’ll have a career, too.” You need the right people. And you need people who, at the very least—maybe they don’t even understand what you’re doing, maybe they don’t completely get the idea the same way you get it—but they need to believe in you. And if they believe in you, it’s actually okay.

OUSOF: How did you approach making your first film, The Dirties?

MJ: I had just gotten out of film school and I was so sickened by the way the philosophy at film school had been propagated on young people—specifically, that there were a certain set of rules that you couldn’t do when you were shooting movies that we were all forced to abide by. Things like not using copywritten music, not shooting in public, not shooting without location permits, not shooting with people who didn’t know they were on camera, not shooting with minors. These are cliches in a way, they are the “professional” things you shouldn’t do when you’re making a movie. I was young and quite arrogant and felt like, “Oh, these things are so stupid. I should make a movie that just does the opposite of all these things.” Then that ethos pushed into this film. Then it was like, “Okay, I want to make something that is intentionally very hard to pitch. Like a comedy about a school shooting.” It’s like how can I make something that seems so deplorable and wrong to do and the production techniques we would use to do it would also be wrong. So, I wanted to do something with a technique that was like, “Oh, everybody is going to think this is crazy and stupid and that it shouldn’t be done like this. But that really gave me and my friends energy to do it.

MM: And just to add to that, that was actually incredibly important to how we approached it. Because we were never making a movie to sell or to distribute or to release, it was like, “Let’s really make this for ourselves and for our friends.” What it allowed us to do and what it allowed Matt to do was really hone in on his voice and his vision and what that was going to be. It’s my belief that that’s the only way you can develop emerging and young filmmakers, is by giving them almost complete autonomy. And that’s something the system doesn’t allow for.

OUSOF: In The Dirties, how were the scenes set in high school constructed? To what extent did people know specifically what was really happening?

MJ: There was no script. We had no idea what we were going to say because as soon as you have a script and you’re working with real people, you really get trapped because you’re trying to make something happen verbatim and no human being who doesn’t know they’re on camera is going to say exactly what you want. So we stopped planning what we were going to say and just went into environments and pretended to be high school kids. When we were in actual high schools, I would say it was some of the most painless shooting we did because the environment was so rich, and kids were just there, and everybody just thought we were new students or whatever.

MM: Administrators knew we were there and some of the teachers knew but most of the students didn’t know. There were no formal announcements or anything.

OUSOF: How do you stay on track and see a project through to its completion?

MJ: With Miller and I, our rule is if we aren’t still talking about a project, then it’s over. It’s the things that keep coming up, that we keep talking about, that maintain our interest over years. It’s these things that you’re excited to talk about and you’re thinking about without realizing you’re thinking about it. You need to figure out what type of work gets you motivated that way and how it can connect to you. So, how is it that your expertise on whatever that subject is, is really a weapon. You have to put yourself in a position where you, right now, with no money, could tell this particular movie or this story, whatever that is, better than Steven Spielberg and $100 million with the same story. That’s the challenge to all young people and to all young filmmakers. What is the thing that you can do, literally, and I don’t mean this in the figurative way like, “Oh yeah, I have a unique take on my grandmother’s Alzheimer’s” or something like that. It needs to be you, the things that make you, you mean that your movie will be better than the million dollar version of that movie. And if you can figure out what that is, then you’ll be on easy street for the rest of your life because that will lead to another thing which will lead to another thing and then you’ll just be on track. And you’ll have discovered your voice and you’ll be good. But the hard thing is figuring out that first question.

OUSOF: How do you navigate getting into festivals and knowing what kinds of films get looked at?

MJ: Don’t get trapped thinking about all these things like, “Oh, when I’m in the studio system” or “when I go to Hollywood” or “when I go to make a $10 million movie.” That is a stress you don’t need. As well as worrying about festivals and where you’re going to play, etc. That’s also a stress you don’t need. There’s a whole world out there. Right now, you need to figure out what your first feature is going to be, what your first project is going to be and that’s the only thing you need to worry about and all the other noise is just a way to distract yourself. All the pollution around worrying about the film industry and worrying about the permission system of filmmaking is a huge barrier to entry that is more or less invisible because it doesn’t exist. We didn’t ask anybody if we could make The Dirties, we just went and made it for fun.

Johnson and Miller are currently working on their next feature film which will be the first large-scale production not to feature Johnson as a lead actor. Both filmmakers are based in Toronto and teach film at York University. Their independently-minded approach, coupled with their DIY attitude and style has garnered them international acclaim.