A percussionist and experimental composer from Bogotá, Colombia, Johanna Amaya is pursuing a Master of Music in Performance in Percussion here at OHIO.

A highly creative and skilled performer with a unique compositional sense, Amaya has written for a number of local Colombian ensembles including Yaku, an ensemble exploring traditional Andean music through a modern lens.

A graduate of Universidad Sergio Arboleda, Johanna has been part of several projects such as “La Casa del Arte” in Cota, Cundinamarca, and the Bogotá Philharmonic Orchestra in the Capital District. These initiatives found a tool for resiliency in music and offer artistic education to benefit vulnerable populations.

"I realized I didn't want to be just a regular drummer. I started to put together instruments from different places, to have these acoustic sounds. I was very interested to learn about the musical traditions of many places in the world."

This led her to seek further opportunities to study and develop her musical performance across traditions, to inform her own interests with other backgrounds and practices found around the globe. She found a like-minded musician and teacher in School of Music percussion area chair, Roger Braun.

“He was so open and flexible to help me design a program to include many of my most important influences, which I was very excited by.” said Amaya. 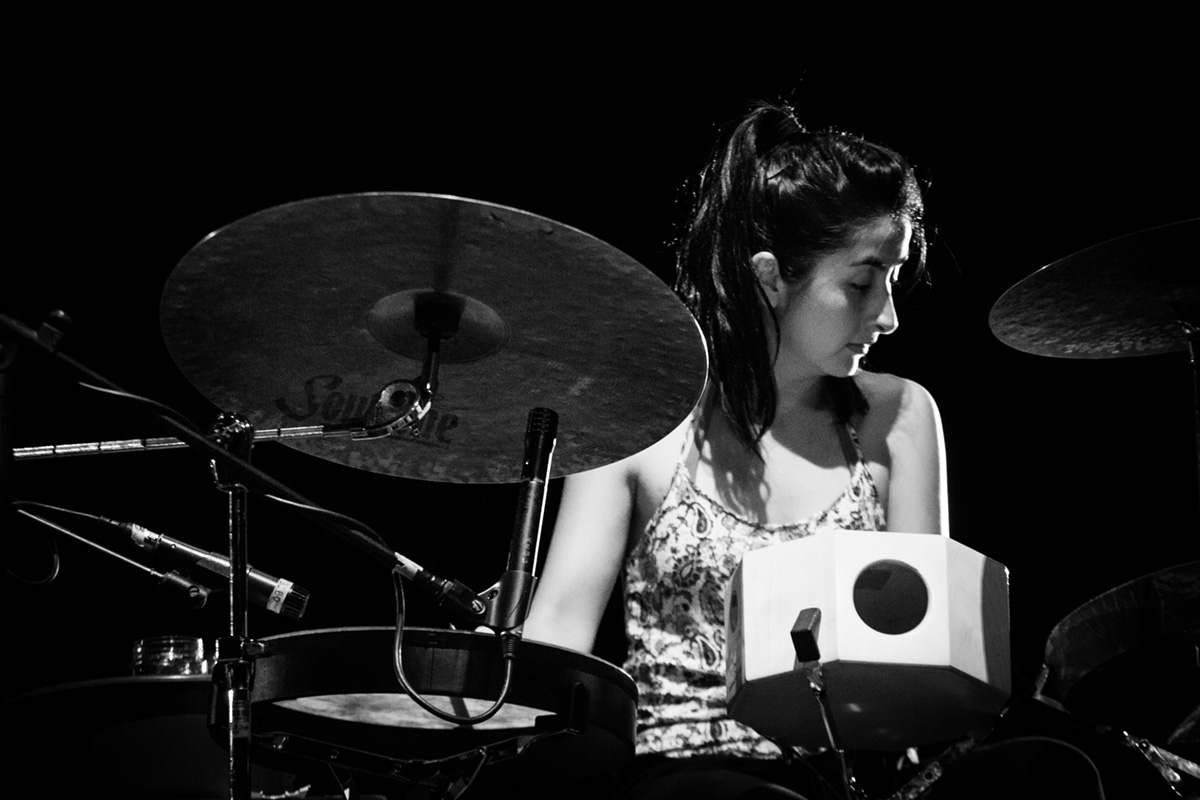 Her research has led to a productive working relationship with Professor of Music Education, Paschal Younge who specializes in African Musical Arts, and is involved in the Global Arts Festival at OHIO.

Growing up in Colombia, near the capital city of Bogota, Amaya was formally trained as a drummer, but early on found interest in expanding beyond the standard drum set. Amaya first came to the US as a resident artist with a program sponsored by the Dept of State. As a 2017 OneBeat Fellow, she joined musicians from all over the world to collaborate, produce, and perform original music and develop strategies for arts-based social engagement in Oregon, Idaho, Wyoming and Colorado over a month long stay.

Currently, Johanna is artistic director and co-founder of the project Todas las Puertas, an alliance of socially engaged artists from Colombia, Brazil, and United States. The ensemble has developed workshops and live performances in Colombia, Brazil, Portugal, Spain, and Netherlands.

Amaya is presented a creative performance of her independent work for music and dance on March 2 in the Multicultural Center Art Gallery at the Baker Center.

These performances were a combination of live improvised and composed pieces, and embrace collaboration. The performance included a piece created in collaboration with School of Dance Senior Emma Little, and the performance of Latin American pieces from Colombia and Brazil with Music Pedagogy graduate student Michelle Camargo.

“It’s about my experience moving here, and contains music and dance, some improvised. I was developing the connections between percussion and movement, both in research and in creative practice. I wanted to weave everything that I was doing into the performance.” she said.