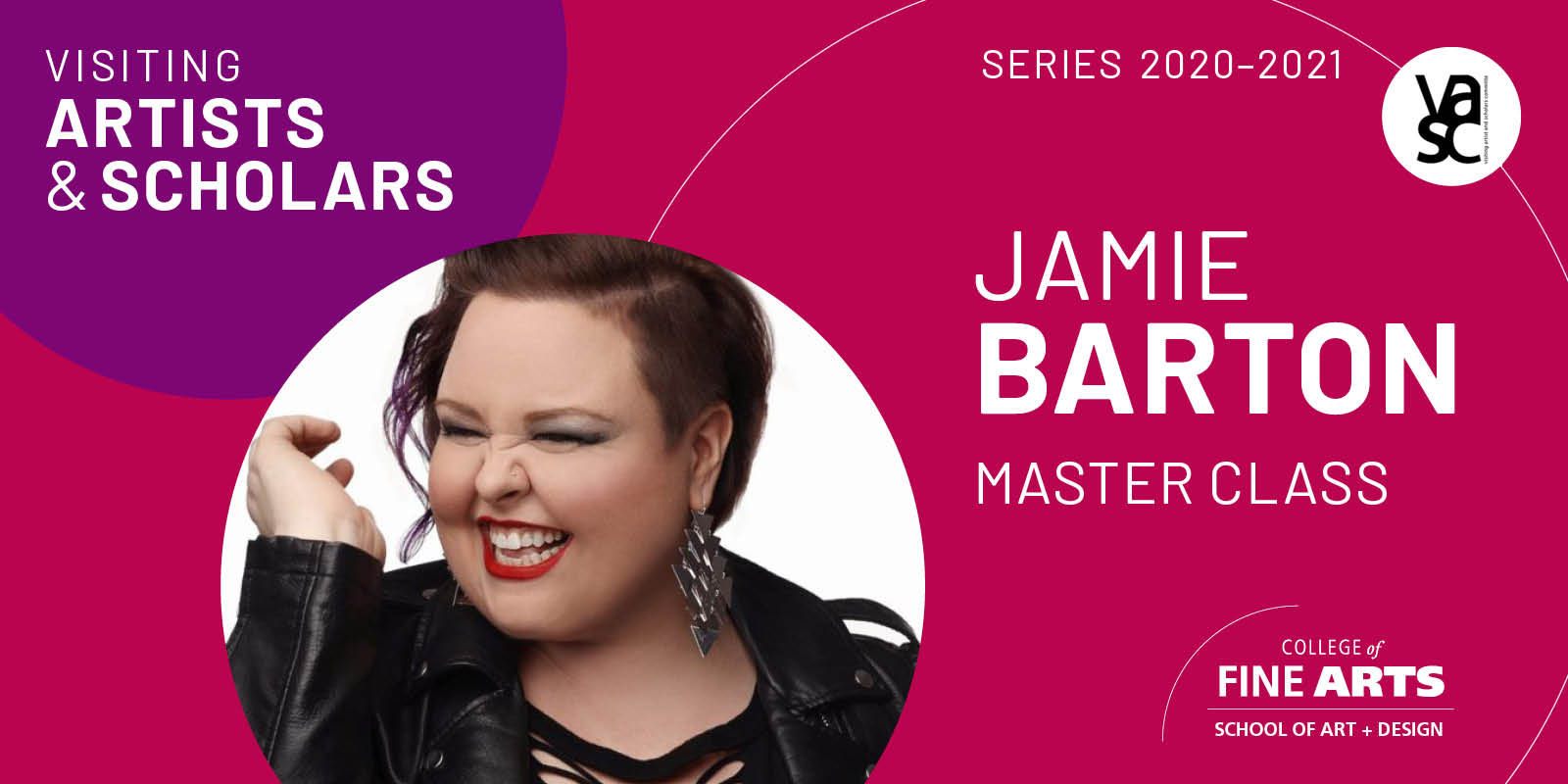 The Grammy Award nominee and critically acclaimed American mezzo-soprano who enjoys the moniker “queer girl with a nose ring,” Jamie Barton brought her 21st Century style to classical voice students in the School of Music via a virtual masterclass appearance on September 25.

“I love working with other singers. It helps me stay on top of my ‘A game’ with teaching,” says Baron.

During the masterclass, she listened to four classical voice students perform and provided critiques for each of them while their peers joined the class from home. A masterclass is unique compared to a lecture because student-singers get constant feedback from the voice teacher. For students, hearing a fresh critique from a working professional outside of Ohio University who has not heard their voice allows students to grow as an artist exponentially in a short amount of time.

“I wanted to help each artist gain a deeper understanding of the many varied facets of storytelling,” says Barton. “I hope they gained confidence in their own unique skill sets to do that job. There is no other feeling like helping another singer figure out the bumps in the road.”

Andrew Ryker, assistant professor of Opera and Voice, invited Barton to teach the masterclass to give a lift to the start of a semester that was fraught with uncertainty due to the pandemic.

“The students needed this singing opportunity after having several [performance opportunities] cancelled. I think this was a great [way] for all of us to reconnect since we haven’t seen much of each other since March,” said Ryker. “I thought Barton would be the perfect person in this [virtual] format; she’s so kind, joyful, and encouraging. She’s a uniquely 21st century singer and helps students gain confidence and reassurance to invest emotionally [in the performance of their work],” said Ryker.

Barton was named 2020 Personality of the Year at the BBC Music Magazine Awards for her performance at the Last Night of the Proms. a classical music festival held every summer at the Royal Albert Hall in London, England. Barton also has been awarded the Beverly Sills Artist Award, the Richard Tucker Award, and both the Main Prize and Song Prize at the BBC’s Cardiff Singer of the World Competition. Today, she appears as Mère Marie in Dialogues des Carmélites at Bayerische Staatsoper, national theater in Munich, Germany. This show is temporarily closed due to the pandemic. This spring, she will appear as Eboli in Don Carlo at The Dallas Opera. Barton will also be on a recital tour in 2021 with composer Jake Heggie. They collaborated recently on a new album, Unexpected Shadows, released on September 18 of this year.

“Barton is such a huge figure in the world of opera, and it was beautiful that she was so genuine and friendly,” says Jeralayne Ruiz, Master of Music degree in Performance & Pedagogy. “As singers we may be singing these songs dozens of times if not more, and it is always great to get a fresh perspective about how to think of a song in a new way. Barton really brought that for all of us with her attention to detail and thinking about how to keep it fresh and exciting.”

This masterclass was a special moment for students because it was their first time performing unmasked since March. To make this masterclass possible, extra precautions were taken to stay safe while performing. Only the four students performing were in Glidden Hall and the rest of the class joined remotely. Each singer wore masks until it was their turn to perform. The accompanists, each playing a different piano on the opposite sides of the room, both wore masks and were staged six feet behind the singers. After many months they had the opportunity to perform live and make music again together. To do so for Barton was an experience they will carry with them for the rest of their lives.

“It was so helpful getting a new perspective on things I’ve done a million times and breaking down each section to revisit it with new feedback and ideas,” says Kenna McWilliams, who is pursuing OHIO’s Master of Arts Administration degree. “She was very generous in pointing out where something might be important, special words, and special moments within the scores.”

Barton is recognized as a unique, 21st century singer because she is the opposite of every opera stereotype. Not only is she is widely recognized for her vocal talents but also for supporting women, the LGBTQ community, as well as other marginalized communities.

“Having the opportunity to critique and work with other voices certainly keeps me thinking about how to approach my own vocal challenges,” says Barton. “The impact of this workshop is that they’re not alone…that even those of us who normally sing full time for our jobs are having to figure out how to get through something like this. We may be in different places in our lives, but we’re all in the same boat.”