The Coolidge Theatre and the Alfred P. Sloan Foundation recently announced that the Athena Cinema in Athens, Ohio, along with 37 other nonprofit film organization nationwide, received its ninth annual grant award to showcase Science on Screen events, all of which will be held outdoors at The Ridges in June and July.

The Athena is tied with the California Film Institute as the two longest-running grant recipients of the Science on Screen series in the nation.

The Athena Cinema at Ohio University’s College of Fine Arts, in partnership with OHIO Museum Complex and the Athens Community Arts, Parks and Recreation Department, is hosting “Science on Screen: Under the Stars” at the ballfield at The Ridges in Athens on June 3 (rain date June 5) and June 24 (rain date June 26), with one more to be announced.

The June 3 events feature a screening of the 1989 film “Batman,” paired with a talk by Joe Johnson, assistant professor of vertebrate biology and director of the Ohio University Bat Lab. Johnson’s research focuses on bat ecology and conservation in Ohio and around the world since 2003. His talk is titled “Nature’s Superheroes: Bats, their superpowers, and their kryptonite.”

The June 24 events will feature a screening of THEY LIVE paired with a talk by Zach Meisel, associate professor of physics and astronomy and director of the Edwards Accelerator Laboratory at OHIO titled “A discussion of planetary habitability and the prospects for intelligent life in the Galaxy.” Meisel's research focuses on nuclear astrophysics, studying the origin of the elements and the nuclear physics of transient astrophysical phenomena. He is currently the chair of the national user organization for the Facility for Rare Isotope Beams.

The Science on Screen program pairs expert-led discussions of scientific topics with screenings of feature and documentary films. The series inspires theatergoers with an increased appreciation for science, technology, engineering, and mathematics as compelling enterprises and vital elements of a broad understanding of human culture and current events. 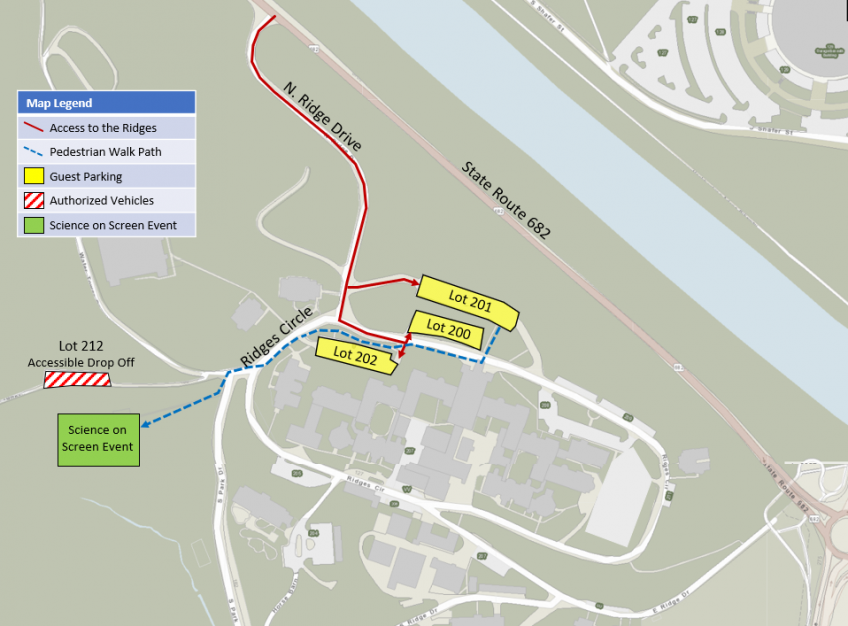 “This will be our first in-person community event in well over a year. To say we are excited is an understatement,” Alexandra Kamody, director of the Athena Cinema, said. “We have always wanted to present outdoor screenings, and gathering at The Ridges feels like a really special way to come together. The first event date also happens to be the 106th anniversary of the Athena Cinema’s grand opening on June 3, 1915, so it is an especially significant date. Even though we aren’t in the building, we want to celebrate the Athena’s place in our community, the tradition of movie-going, and how theaters everywhere serve as community arts centers and gathering places.”

Spring 2021 is also the first full season to incorporate virtual Science on Screen programming — a transition that began early in the 2019-20 season, necessitated by the COVID-19 pandemic that began shuttering cinemas and museums last March.

“Our staff was pleased to continue to offer programming virtually last year. Sharing Coded Bias and Picture a Scientist through the virtual Science on Screen programs last year was a great way to connect with our audiences,” Kamody said. “We can’t wait to begin public screenings at the theater again but exploring virtual events, and now outdoor screenings, has allowed us to adapt to the current situation. That reflects what the theater has specialized in all these years: adapting to changes in the world and in technology. None of that would be possible without the incredibly supportive community in Athens and the surrounding areas.”

For more information contact Kamody at kamodya@ohio.edu. The Athena Cinema is one of downtown Athens’ unique historic treasures. Its mission is to bring the finest independent film to Southeastern Ohio and create a shared space for dialogue. Learn more about the Athena Cinema here. Find its current Virtual Cinema offerings here.