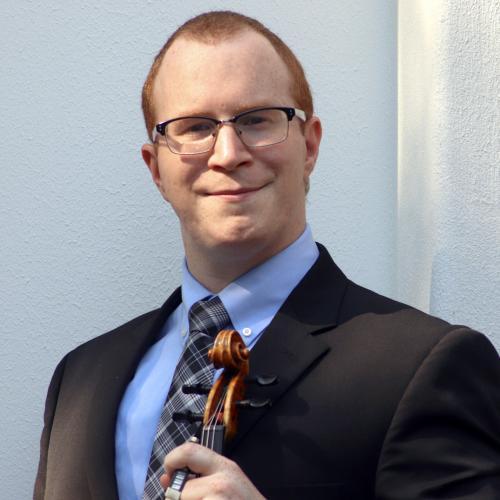 Daniel Mullins earned Masters degrees in Violin Performance and String Pedagogy from Ohio University in 2017. While attending Ohio University, he was a graduate teaching assistant, member of the Klinder Graduate String Quartet, and Concertmaster of the Ohio University Symphony Orchestra. He also holds a Bachelor's Degree from Ohio University in Violin Performance which he completed in 2013. He has been a member of the Ohio Valley Symphony Orchestra since 2009 as well as guest performer with other orchestras in the area. He is also a collaborative pianist and has been accompanying students, professional musicians, and collegiate faculty throughout the state of Ohio in recitals and competitions.

Daniel has been a ‘Master Teacher’ of violin and viola for the Athens Community Music School since 2017. He is also the director of the ACMS ‘Cadet Strings’ program in Athens, OH. In the summer of 2017, he was appointed the lead string instructor for the ‘Dover House Strings’ program in McConnelsville, Ohio. As of fall 2017, Daniel became the Professor of strings at Rio Grande University.