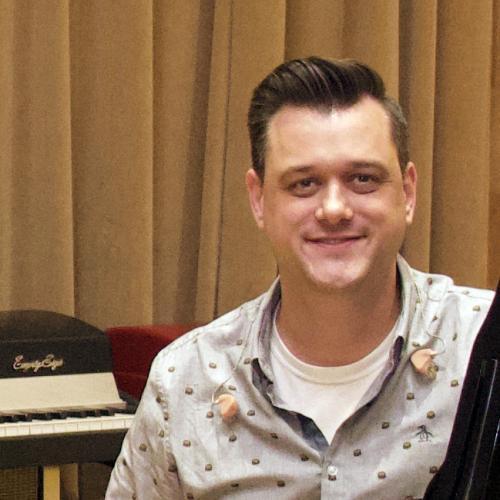 Brent is a multi-hyphenate musician with a career spanning two decades across all facets of the theater and entertainment industries. On Broadway, he conducted and played keyboards for KINKY BOOTS and THE BAND’S VISIT. He also worked on DOCTOR ZHIVAGO, PRISCILLA QUEEN OF THE DESERT, ...GREAT COMET OF 1812, and PIPPIN. Brent was the music director and conductor of the first national tour of PRISCILLA QUEEN OF THE DESERT and was the music supervisor for Royal Caribbean’s production of SATURDAY NIGHT FEVER.

His arrangements and orchestrations have been performed at the 92nd Street Y, Feinstein’s/54 Below, by the Indianapolis Symphony, and around the world on cruise ships and cabarets, featuring artists including Faith Prince, Jeremy Jordan, and Leslie Kritzer. He has worked as an audition accompanist for many NYC casting agencies and Broadway shows, including HAMILTON and THE BOOK OF MORMON.

Brent frequently tours the country as a bandleader for “The Doo Wop Project”, featuring original cast members of JERSEY BOYS and MOTOWN. Recently, Brent co-produced, arranged, and played keyboards for Jacqueline Petroccia’s debut album, “Champagne & Moonshine” and serves as music director/arranger on her one woman show. Brent is originally from Reading, PA and holds a Bachelor’s of Music Education from Shenandoah University.