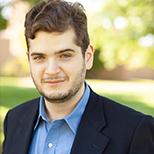 With musical tastes ranging from baroque to jazz, pianist Jeremy Vigil is known for his versatility and adaptability in many different genres. He was described as “…a representation of…wild and romantic imagination” when he joined forces with University of Rochester dance professor Anne Harris Wilcox. Jeremy has performed alongside Alexander Fiterstein, Nancy Ambrose King, George Vosburgh, and Bernhard Wolff. He has also worked across disciplines, performing with dancers, film, and narration, and performed extensively in large ensemble and contemporary music settings.

An avid proponent of new music, Jeremy is always looking for opportunities to collaborate directly on new works. He has performed with organizations such as New York Composers Circle and Composers Concordance, and has worked with composers such as Sydney Hodkinson, Helmut Lachenmann, Lori Laitman, and Peri Mauer for performances of their compositions, including the world premiere of Laitman’s Are Women People? in celebration of the centennial anniversary of women’s right to vote in the state of New York.

Collaboration isn’t limited to performing, as Jeremy has spent time teaching early childhood music classes, hoping to inspire the love and aspiration of music and all that is new and exciting. During his time teaching at Bard College’s Preparatory Division, he also taught music theory, coached chamber music, and taught private lessons.

Jeremy recently participated in the Fresh Inc Festival hosted by Fifth House Ensemble, where he collaborated with members of the Ensemble. He has also attended the Orfeo Music Festival in Vipiteno/Sterzing Italy. Jeremy holds a Bachelor of Music in Piano Performance from Stetson University, and a Master of Music in Piano Accompanying and Chamber Music from the Eastman School of Music.