Interview session with Sameer Gadhia of Young The Giant

Sameer Gadhia of Young the Giant will join their tour manager April Kulcsar for an in-depth conversation about the band's incredible success and his artistic journey. Young The Giant is coming off a #1 on Alternative Radio, their standout performance on Colbert, and an upcoming summer tour with Fitz & the Tantrums. 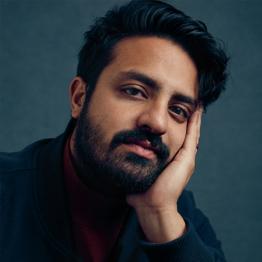 Sameer Gadhia is the lead singer and co-founder of the acclaimed band Young The Giant. Formed in 2004, the southern California band has enjoyed widespread acclaim, charting with multiple singles and developing a substantial global following of dedicated fans.

The band released their 4th album, Mirror Master, in October of 2018 on Electra Records, delivering a thought-provoking and pop-infused rock album that again showcases their mastery of melodic anthems. The group recently saw the track “Superposition” provide their first #1 song on Alternative Radio. Young the Giant recently had standout performances on Late Night with Colbert and Jimmy Kimmel Live and are planning a national tour this summer with Fitz & the Tantrums. 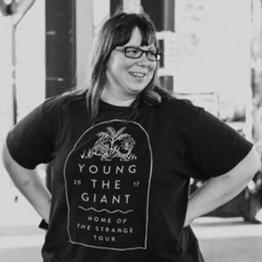 April Kulcsar discovered her passion for helping musicians through a hobby of taking photographs at local shows. Nearly a decade later, she has done everything short of playing an instrument on stage. Whether it be promoter, talent buyout, publicist, merch seller, artist manager, April has tried it all, eventually finding her calling as a Tour Manager, working with bands such as Young the Giant, O.A.R., and Joywave. April is very passionate about elevating women in the music industry and advocates for their advancement in leadership roles.