Kids from local communities jumped into the cockpit, engaged with programmable robots, and watched with wonder as self-driving cars zoomed about the Academic & Research Center (ARC) on Sat., Feb. 23, during the Russ College’s second annual Engineering and Technology Day.

A partnership between student organization Renaissance Engineers and the Ohio Valley Museum of Discovery, the event aims to expose children in grades kindergarten through eighth grade to STEM via engaging, hands-on experiences and demonstrations to inspire the next generation of engineers and technologists.

“Reaching out to kids to promote the study of science, technology, engineering and mathematics is a central part of our group’s mission,” Vouzianas said. “We want to show them that the beauty of STEM is equal to the beauty of the humanities and the arts.”

Children hand crafted miniature catapults and set them into action as they flung small projectiles across a table. They grasped cups and collected water as it was filtered through grass. A small hovercraft lifted riders off of the ground. In the flight simulator, kids took off and flew though the sky at high speeds, diving and rising as they sat in a realistic cockpit.

Each activity showed kids new ways that engineering and technology could be used – they even made their own bungee cords to drop dolls from an upper level of the ARC.

“Kids are really formable and moldable,” Behme said. “If you can inspire them at a young age, they’re going to grow up and do great things with their life.”

Chad and Megan Able brought their two children, Kenadie, 7, and Delaney, 5, to the event for the second year in a row. They said it’s a fun way to spend the day and lets their kids experience new things.

“We want to expose them to as many things as possible,” Chad Able said.

Researchers from across campus participated to show the interdisciplinary nature of STEM solutions. Kim Thompson, a lecturer in the Department of Environmental and Plant Biology showcased a green roof project that uses plants for functions like UV protection and natural cooling.

Thompson said the next generation of STEM workers and inventors will solve tomorrow’s problems.

“We have a need for new technology,” Thompson said. “That’s going to continue to be a need for the rest of our lives.”

Tyler Martin, a junior studying mechanical engineering who helped with both last year’s and this year’s events, grew up in Athens and said the events fill a void for local kids.

“A lot of the schools around here don’t get the kind of engineering exposure that I feel like other schools do. With Ohio University right here, that shouldn’t happen,” Martin said.

Marissa McDaid contributed to this story. 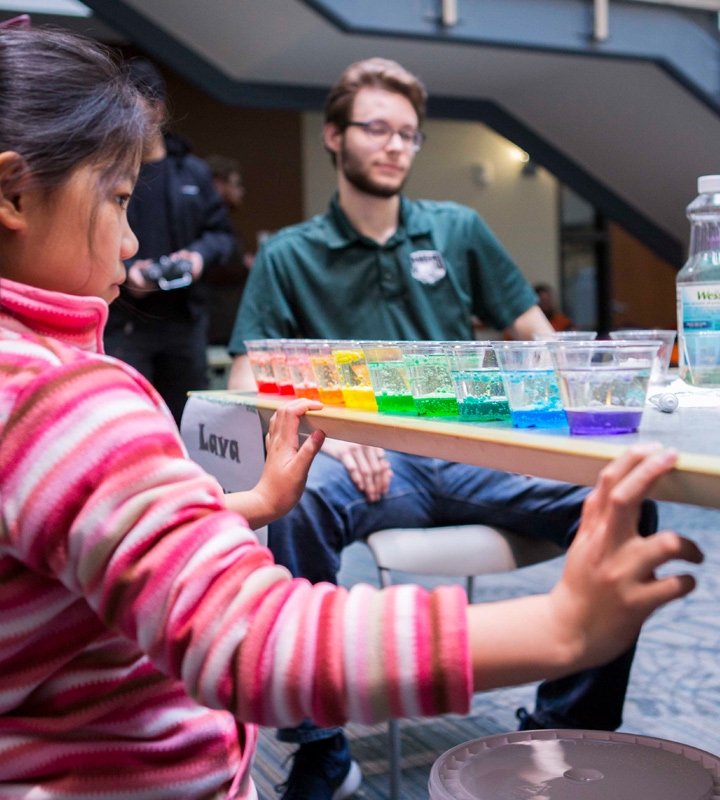 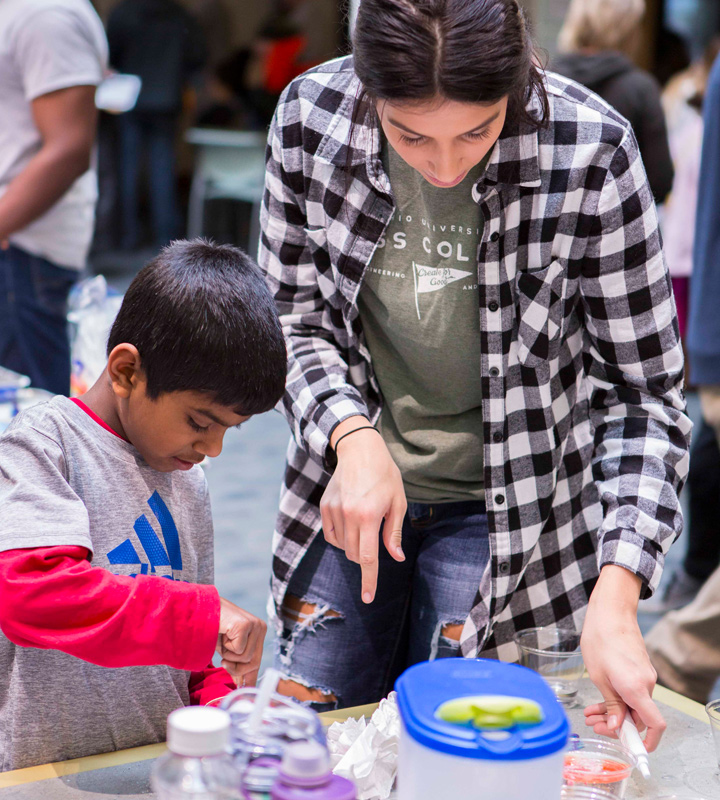 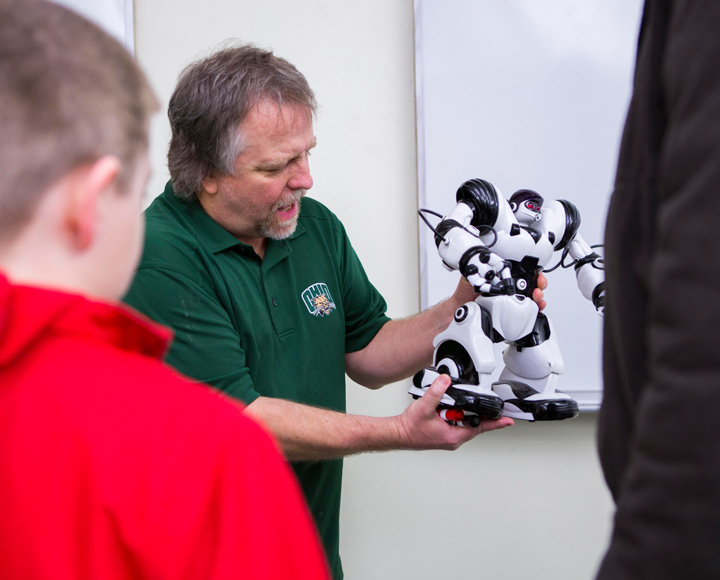 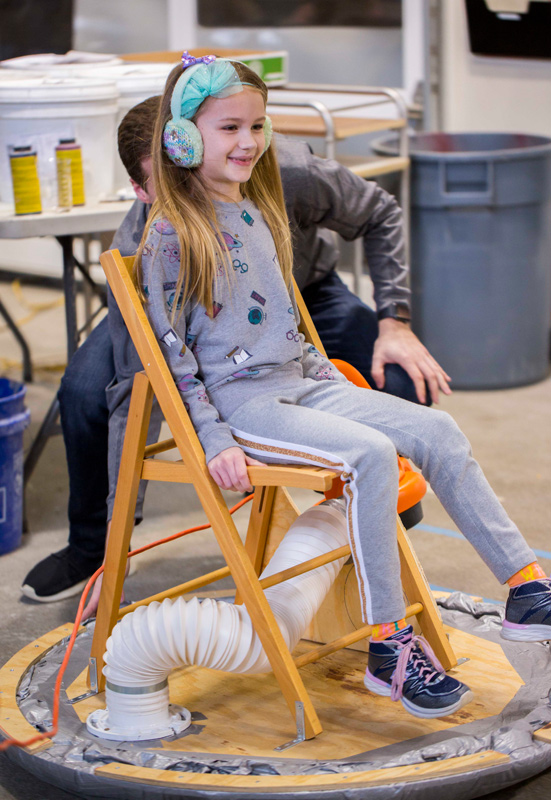 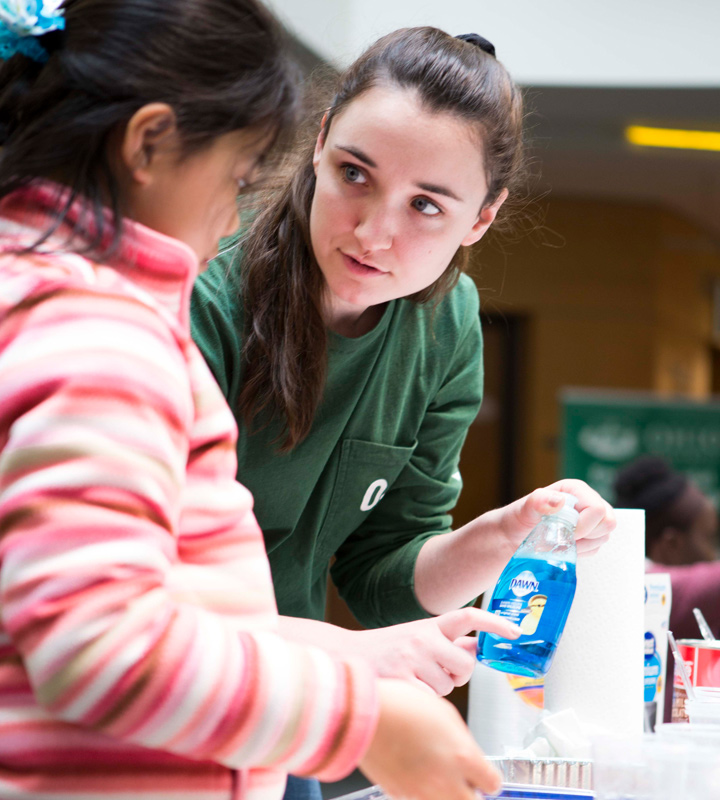 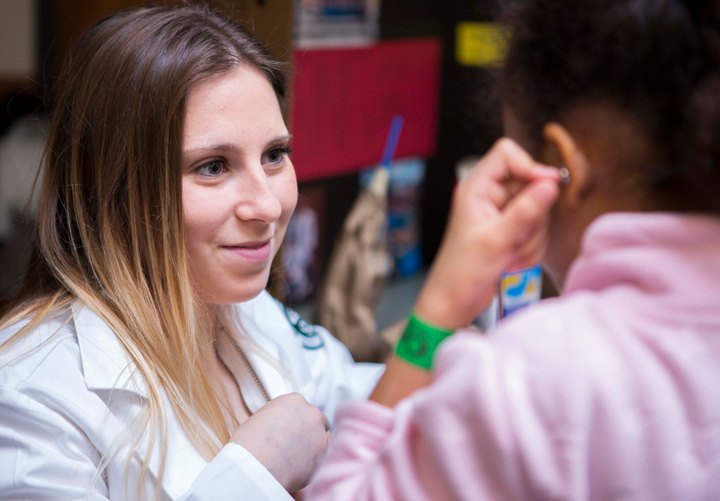 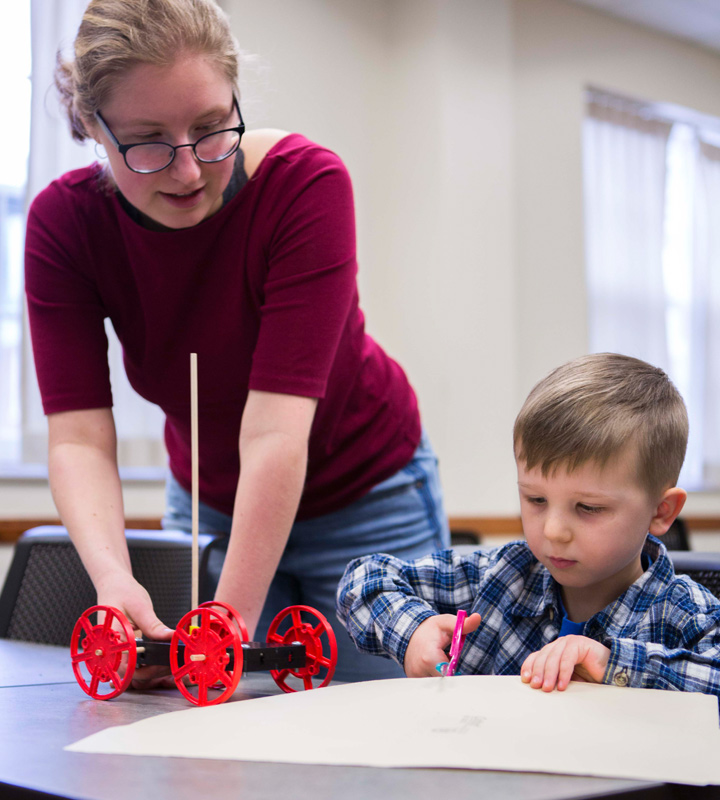 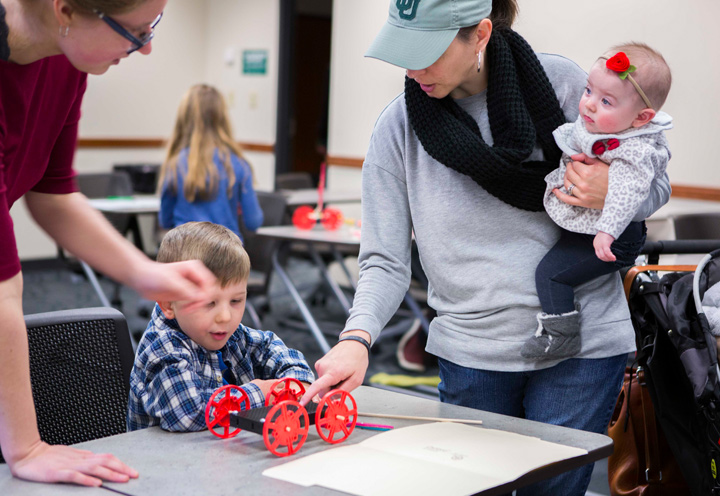 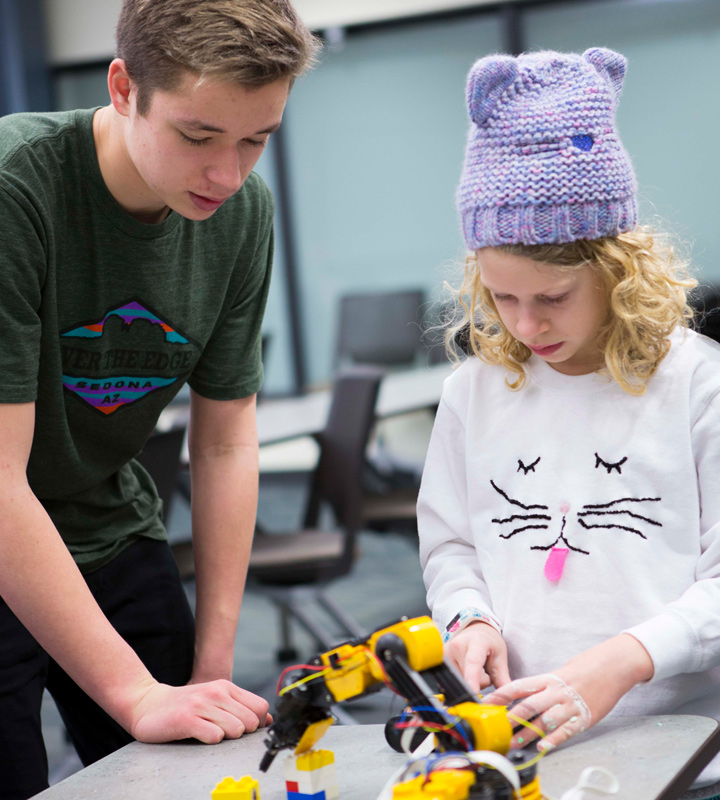