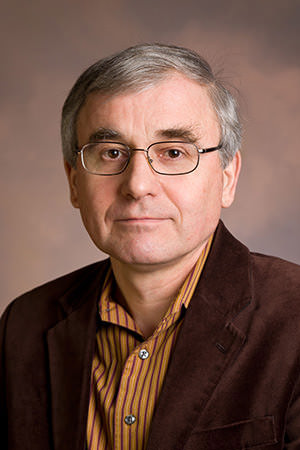 He developed the prototype of intelligent process planning system 3IPP. He has worked in a technology transfer project with Adizes Southeast Europe in Novi Sad. He also worked on the FIPER project funded by NIST (ATP) in developing a cost modeling tool. He has developed the distributed process plan modeling system IMPlanner and applied its algorithms in projects for Delphi automotive. He has worked on applying AI techniques in engineering problem areas such as cost estimation and oil corrosion prediction. He has worked on projects related to cost estimation of components of jet engines for aircraft and power turbines for General Electric. He also developed web application Routes and Riders for school bus scheduling. He is a member of Industrial Ontology Foundry (IOF) technical oversight board and leader of one of its working groups.

Dr. Šormaz has published over 40 refereed papers in scholarly journals and more than 130 conference papers. He has also delivered 12 keynotes, workshops and tutorials and around 50 contributed presentations at international research events. Dr. Šormaz has organized several international conferences (GT/CM Symposium 2003, ASME APSP Symposium 2006, IISE Manufacturing and Design Track 2016 and 2017, IISE Modeling and Simulation Track 2019). He was the General Chair of the 28th International Conference on Flexible Automation and Intelligent Manufacturing, FAIM2018 in Columbus and the Plenary Speaker Chair of International Conference on Production Research, ICPR25 in Chicago 2019. He is a member of the editorial board of the International Journal of Industrial Engineering and Management (IJIEM), he edited a special issue of International Journal of Production Research, and a special issue of Robotics and Computer Integrated Manufacturing (RCIM) Journal. He serves as regular reviewer for several research journals in his area of expertise. He also regularly advises student teams who participate in the Simio Student Simulation Competition. He is faculty advisor for Alpha Pi Mu - National Industrial Engineering Honor Society, OHIO Chapter. He is a senior member of IIE, a senior member of SME, and a senior member of IEEE. He has been a member of The International Foundation for Production Research (IFPR) Board since 2019.