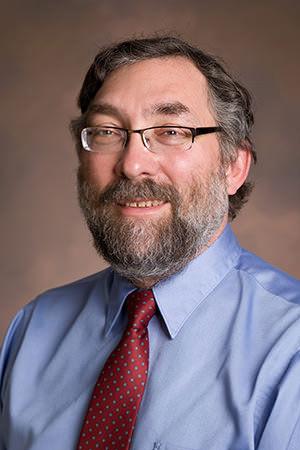 David Chelberg began his career at Purdue University as a faculty member in electrical and computer engineering before joining the faculty at Ohio University in 1996. He teaches introductory courses in computer graphics, algorithms, and computer programming as well as advanced courses in computer vision, scientific visualization, and artificial intelligence. Chelberg is the director of studies for the Honors Tutorial Program in computer science. For several years, he led an interdisciplinary engineering team, the RoBobCats, to national and international RoboCup competitions — autonomous robots playing soccer. He founded the Geometric Modeling and Perceptual Processing Lab and co-founded the VITAL Lab (Virtual Immersive Technologies and Arts for Learning). He has published more than 100 refereed articles in academic journals, conferences, and book chapters.

Something you may not know about me: I brew my own beer.