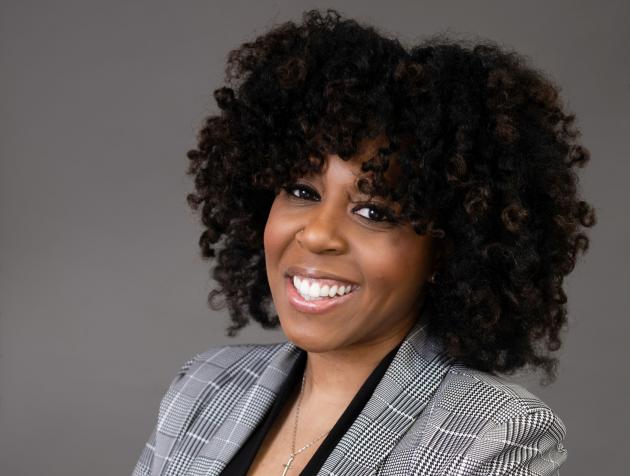 The Patton College of Education is honored to recognize alumna Christian N. Johnson, small business owner, educator, and leader, as our December 2020 Alum of the Month.

Johnson graduated from Ohio University in 2015 with a master’s degree in Recreation Studies. After working in the recreation field for three years, she chose to move back to her hometown of Pickerington, Ohio, to fully immerse herself in her design and event-planning business, CNoelDesigns.

Little did she know, relocating to Pickerington would also push her to become a leader in her former school district. Alongside running her business, Johnson began substitute teaching for the Pickerington Local School District—a decision that allowed her political career to unfold.

“There was an outcry for change,” Johnson said. “While back in the school system, I noticed a lot had changed since I graduated 10 years prior, and not for the better. There was a huge disconnect between leadership, teachers, students, parents, and the community.”

By July 2019, Johnson was more than just a substitute teacher. She became a mentor, an in-home instructor, and the co-founder of a minority parent organization for the school district. That year, Johnson decided to take her leadership one step further.

“Seeing my passion for the district, it was suggested to me to run for school board,” Johnson said. “After much hesitation, prayer, and persuasion, I decided to run. It was a great race.

Although Johnson came up short for the Pickerington local school board seat, she believed that “the community was excited about change.”

“Designing is my happy place,” Johnson said. “I love the logistics behind planning an event for over 500 people to designing and printing personalized T-shirts.”

Prior to earning her master’s from Ohio University, Johnson graduated with a Bachelor of Arts in Interdisciplinary Early Childhood Education in 2012 from Kentucky State University.

Johnson was interested in becoming an entrepreneur in the field of recreation and event planning, and she found that The Patton College of Education's program was tailored to her career goals.

“The atmosphere was friendly and welcoming, which is important when exploring different schools and programs. However, nothing solidified my decision to apply to the graduate program of Recreation Studies more than when I talked to Dr. Beth VanDerveer, the department chairperson of the Department of Recreation and Sport Pedagogy,” Johnson said.

Dr. VanDerveer helped to construct the Recreation Management specialization of Johnson’s passion, and she helped her find classes that would directly fit her area of interest.

Although Johnson’s career has ventured from the field of recreational entrepreneurship, she remembers her time at Ohio University fondly.

While pursuing her master’s degree, Johnson co-founded the Ohio University Black Graduate Student Association and served as the organization’s president. She was also a member of The Patton College of Education’s Recreation and Sport Pedagogy Professional Advisory Board, as well as Design Team V, a community initiative to improve health and wellness in the local Athens County School District.

In addition to her memberships and graduate teaching assistantship, Johnson supervised The Patton College of Education’s Leadership and Advocacy Group and helped coordinate research for student housing and campus recreation health.

“I am a proud Bobcat,” Johnson said during an interview in August 2020. “I will also continue to fight for fair, accessible, and affordable education so more students can attend wonderful universities like OHIO!”