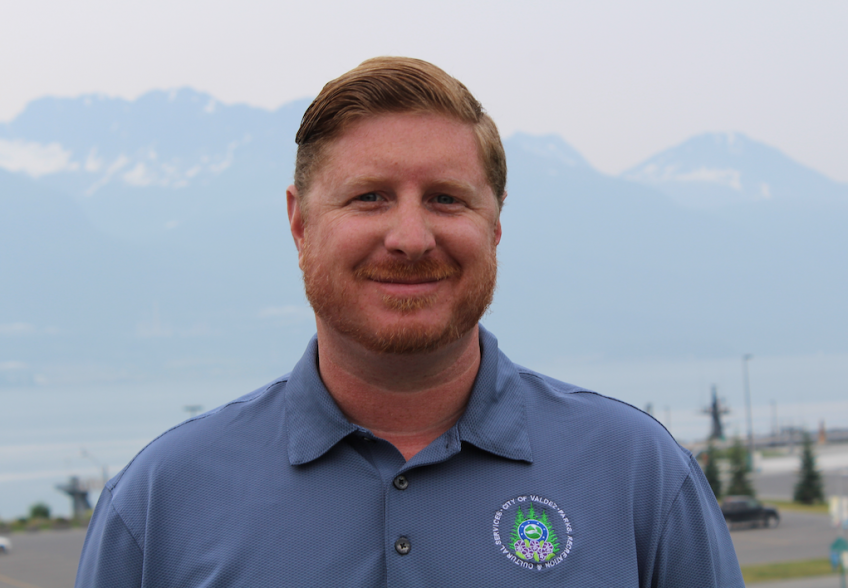 The Patton College of Education is honored to recognize Nicholas Farline, Parks, Recreation, and Cultural Services Director for the City of Valdez, Alaska, as our July 2019 Alum of the Month.

Located on Alaska’s southern coast within the Prince William Sound, Valdez is known for picturesque parks and hiking trails, and Farline oversees all of them. In addition to 33 miles of multiuse trails, he is responsible for the town’s civic center including a 450-person movie theatre, recreation community center, library, aquatic center, indoor rock wall, 15 parks, and various campgrounds.

Farline considers his role in Valdez as an “awesome, powerful responsibility and opportunity.”

“People choose to spend their limited free time and hard-earned money interacting with our department. We have the incredible job of making families and individuals happy,” said Farline.

The Spokane, Washington, native graduated with a master’s in Recreation Studies in 2016 from the Patton College’s Recreation and Sport Pedagogy Department. He has been in the field for about 17 years and recently earned his Certified Parks Recreation and Executive Certificate from the National Recreation and Parks Association.

Farline’s love for the outdoors began long before his time studying at Ohio University.

“When I was in high school, I had an opportunity to attend both a 22-day Outward Bound course and a 30-day National Outdoor Leadership course. Both of these experiences provided me with a love and appreciation of nature and outdoor recreation,” said Farline.

Prior to his role in Valdez, Farline worked for the Seattle Parks and Recreation Department. Before that, he worked for Washington State University Extension Chelan County, helping at-risk and low-income youth develop skills through natural resource education.

He was also Director of Program Operations for Indier, a China-based outdoor education and experiential learning company. He had the opportunity to spend two years living and working in China and said that living overseas is an experience that he “cherishes.”

“The ability to witness and immerse yourself in another culture is life changing,” said Farline “I was lucky enough to travel all over Southeast Asia and work alongside some very talented outdoor guides.”

Despite being more than 3,000 miles away, Farline will always be a Bobcat. Not only is Ohio University the place where he earned his master’s degree, it is also the place where he met his wife and made several lasting friendships.

Farline’s wife is also a lover of the outdoors; for their honeymoon, they went on a safari in Tanzania and Kenya. They currently have two dogs and “enjoy outdoor pursuits as a little family.”

Although Valdez is a small town with a population of roughly 4,000 people, Farline and his wife are not the only Bobcats there!

“They told me when I first stepped foot on campus that there are Bobcats everywhere and that is so true,” said Farline. “Here in Valdez, Alaska, I was approached at a City Council meeting by a fellow OHIO alumni, and she said, ‘Bobcats for life!’”