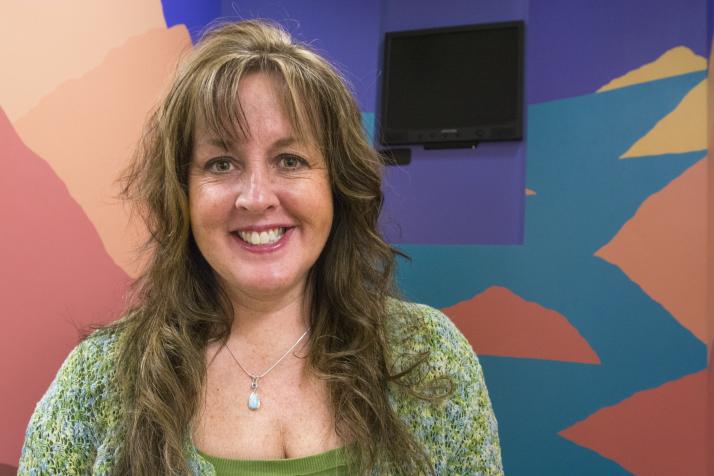 Chair of IHS brings experience and passion to leadership role

A 17-year veteran of Ohio University and decorated employee has been named the new chair of the Department of Interdisciplinary Health Studies (IHS) in the College of Health Sciences and Professions.

Tobe Gillogly took the on the role this summer with the departure of interim chair Terry Cluse-Tolar. Her interest in the department stems from its own beginnings with the Bachelor of Science program in IHS which includes a mixture of online and traditional options. Under previous interim chair Jeff DiGiovanni, Gillogly was appointed coordinator for the BSIHS and what started as a program with only a dozen or so students now includes more than 118.

“The purpose of the BSIHS completion degree, is to provide working professionals an opportunity to get their bachelor’s degree in a timely manner and I was really excited about that,” said Gillogly. “It was a need that I had previously addressed with the PT (physical therapy) division about because I wanted to see PTAs with associates degrees have the opportunity to pursue their bachelor’s. There are so many students who want to advance in their careers but don’t want to start over with their education.”

In July, Dean Randy Leite approached Gillogly about the possibility of becoming the department’s new chair.

“It wasn’t even something on my radar at the time even though I was very invested in the program,” she said. “It was a wonderful opportunity and I’ve been able to work with an amazing team of adjunct instructors and advisors with diverse backgrounds and form collaborative relationships with different departments; both in CHSP and the University. I feel very blessed to have amazing mentorship and support from my colleagues in PT and Sally Marinellie.”

Prior to this role, Gillogly, a 1993 graduate of OHIO, had been honored with several awards including: Recognition of Advanced Proficiency from the Physical Therapy Assistant in Pediatrics in both the 2012-2016 and 2016-2021 terms; Excellence in Online Teaching Award from CHSP in Spring 2016; and the Outstanding Pediatric PTA Clinician of the Year Award from the APTA Pediatric Section in 2013.

Gillogly is a pediatric physical therapy assistant for Ohio University Therapy Associates, lab assistant and guest lecturer for the physical therapy program and former assistant professor and clinical coordinator for Hocking College for 12 years before adding work with the IHS department to her responsibilities.

IHS has recently hired several new employees to help fill the needs of the growing program and Gillogly is familiarizing herself with aspects of the job such as the Global Health program, newly added graduate certificates, multiple health initiatives and working with other departments in the University to ensure CHSP students a well-rounded education.

“It is essential that CHSP students are fully equipped to best meet the needs of the families they serve,” she said.

Gillogly said she plans to continue practicing as a healthcare provider, albeit at a lesser capacity, because she believes it informs her teaching and she values the opportunity to be a part of the lives of children and their families.

When she is not on campus, Gillogly can be found at Factory Street Studio in Athens where she teaches dance — a lifelong passion for her. Otherwise, she can be seen at basketball games for her son, Jake. Gillogly’s husband, David, is an Ohio University police officer set to retire next year.