Roll into battle for a good cause 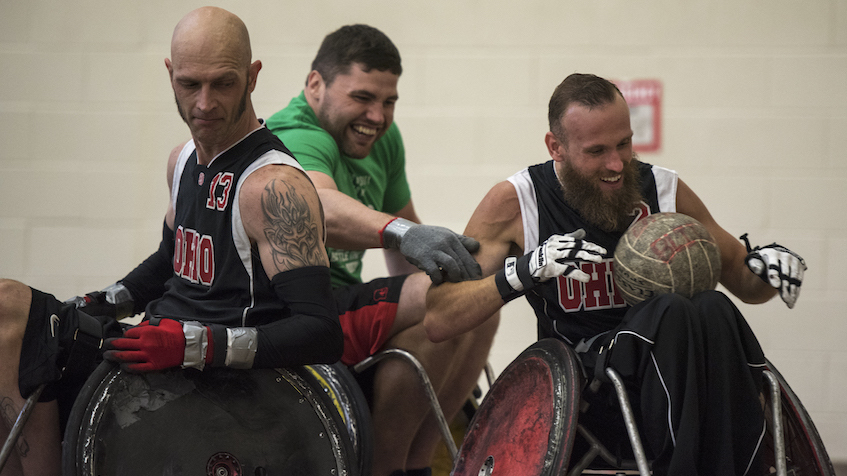 Some of the most fun you can have on two wheels is back in the form of Quad Rugby 2018.

The fundraiser is held for the Buckeye Blitz, a semi-professional quad rugby team based in Columbus, and is being hosted by the Ohio University physical therapy division on Oct. 13 from 10 a.m. to 6 p.m. in OHIO’s Ping Center.

In its 12th iteration, the fundraiser is looking to beat last year’s proceeds of $4,084 which helps fund the team’s entry into tournaments, pay for maintenance of the rugby wheelchairs and other costs.

“This fundraiser pays for the bulk of our season,” said Jeremy Finton, Blitz team captain. “It’s a huge contributor to us being able to be successful and compete year to year. It’s a huge benefit and without the contribution, we wouldn’t be able to have a season.”

Signing up means being able to participate in a thrilling and fun event where some of the best quad rugby players roll across the floor.

“It gives everyone a chance to throw themselves into an adaptive sport,” said Finton. “It’s pretty much like bumper cars. It’s fun, a little aggressive and competitive. Most teams really go for it out there and try to beat us. They don’t want to lose, we don’t want to lose so there’s pride in it but it’s just a lot of fun.”

More information will be available during tabling sessions at Grover Center’s Atrium on Sept. 27-28 and Oct. 1-5 from noon to 3 p.m. each of those days where raffle tickets and shirts will also be sold.

A Facebook event page has been created and you can visit this link to register your team.