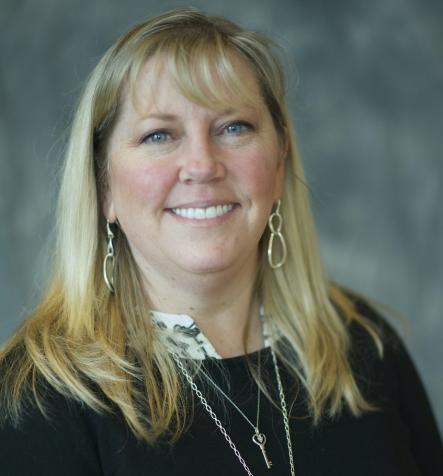 Laura Harris, a clinical professor in the School of Applied Sciences and Wellness with the College of Health Sciences and Professions (CHSP) at Ohio University, was winding down after a long week.

She wasn’t thinking about awards or accolades and she didn’t want to answer the ringing phone — So, she didn’t. The phone rang again a few days later; this time a familiar name from the Ohio Athletic Trainers’ Association (OATA) appeared on the caller ID, and she decided to answer.

The call informed Harris that she was going to be the newest CHSP member to be inducted in the OATA Hall of Fame.

“I was stunned. One hundred percent stunned,” Harris said. “This was not even remotely on my radar of something that would happen.”

Harris said she was touched to be nominated for the honor and specifically thanked Brian Hortz, one of her nominators, an OHIO alumnus and fellow member of the OATA Hall of Fame.

“I am absolutely thrilled that Laura is receiving this award. She has dedicated her career to bettering the Ohio Athletic Trainers’ Association (OATA) and by extension, the quality of athletic training services provided,” said Chad Starkey, professor and associate director of Athletic Training the in College of Health Sciences and Professions, and also an OATA Hall of Fame member. “Just as her organization and planning skills are an asset to OHIO, they are perhaps more valuable in a large organization like the OATA.”

Harris began her career as an athletic trainer in 1995 but her love for the profession began before then. In her youth, she coveted working with horses, her father being a horse trainer at Scioto Downs. If she had not chosen athletic training, she likely would have become a veterinarian to continue working with horses. She was steered toward medicine when she suffered a knee injury as a gymnast. Her work with a physical therapist opened her eyes to the field of athletic training as well. The combination of medicine and the competition offered in sports fulfilled a need for Harris.

Although she no longer actively practices as an athletic trainer and misses her time in the field, Harris has found satisfaction in helping the next generations of athletic trainers create their own careers. As a clinical professor she enjoys steering students through these waters, especially when the lightbulb turns on and the ability and understanding of the science connect. Harris’ research focuses on the psychological response to injury and concussion protocols involving adolescents.

Harris has impacted the lives of many as both an athletic trainer and a professor. When news of her induction hit social media, the positive responses and well-wishes poured in. Included in those remarks were those of Elizabeth Saunders, a 2017 graduate of the post professional program.

“I couldn’t imagine someone more deserving,” Saunders wrote. “You’ve made a lasting, positive impact on my life and career. The world of athletic training (and the world in general) is a better place because of you! Thank you for your years of hard work, dedication and compassion.”