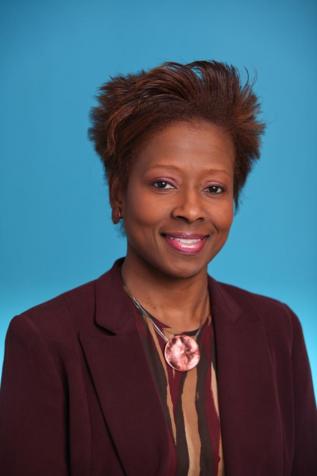 As Mona Miliner immersed herself in all the sights and sounds of Grover Center and Ohio University during the 2019 Homecoming weekend, she couldn’t help but notice how the campus had changed since her time as a student more than 20 years ago.

However, even though the scenery had evolved since the mid-1990s, Miliner noted that the feeling of being home away from home and her immeasurable gratitude for Ohio University was stronger than ever.

Such feelings and memories percolated to the surface for Miliner when she returned to campus to receive OHIO’s Medal of Merit award at the 2019 Homecoming Gala in October.

The Medal of Merit award is presented to alumni who have achieved distinction in their chosen fields.

“Being selected for this award is very humbling,” Miliner said. “It validates everything you’ve worked for in your career and that the contributions made in the community are making a difference. This award goes to everyone that have poured into my life and believed in me as a healthcare professional. I’m a very proud Bobcat.”

Miliner graduated with honors from the College of Health Sciences and Professions with bachelor’s and master’s degrees in health administration in 1992 and 1994 respectively. She has served as the executive director for business administration for the University of Cincinnati (UC) College of Medicine and the chief of operations and finance for UC Physicians and now serves as the vice-president of operations at Penn State Health in Pennsylvania.

Miliner’s first job after graduating with her master’s degree was through a temporary employment agency as a secretary — a position that allowed her to network and connect with other professionals who knew of upcoming opportunities in public health.

“I think it’s important for young professionals not to just wait on the perfect job before they begin working. You have to network,” Miliner said. “I would not have been afforded the opportunity to land my first job in public health had I waited. I met several key leaders during my temporary position that paved the way for me to secure my first healthcare leadership position. Working in a position less than your formal college education and expected compensation helps you stay humble.”

During her return to OHIO, Miliner spoke to various CHSP students, reminding them that “learning never stops.”

“You don’t want to be a professional that can only speak to a degree you obtained years ago,” she said. “Demonstrate that you’re staying current in healthcare trends and changes by obtaining professional certifications in the healthcare field. You have the foundation of a quality degree from OHIO. Adding certifications and industry credentials demonstrates not only do you have the book knowledge but the practical skills to apply healthcare concepts in real life environments.”

Miliner noted that her time at Ohio University also allowed her to pursue other interests, including singing and playing the piano— passions she still enjoys today. She also enjoys reading fiction novels and most recently started painting.

“I have such fond memories of OHIO. Ohio University took the foundation my parents gave me and built upon it. My success would not have been possible without the support of administrators, mentors and professors who took me under their wings and believed in my abilities to be a leader and to impact change in the healthcare field. It’s a sense of gratefulness that I will never forget,” she said.

Additional information about OHIO’s annual alumni awards, including other 2019 awardees, is available online.