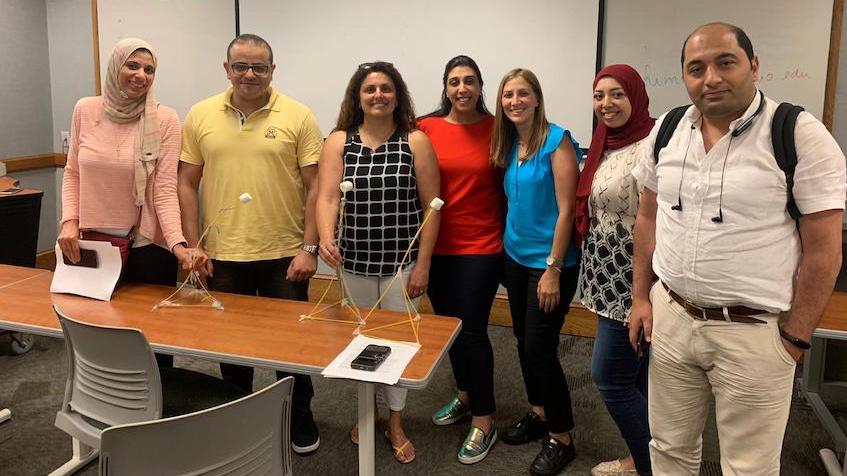 After the success of the inaugural class of Egypt@Ohio in the summer of 2018, the program has welcomed a new group of six public health scholars from Egypt to Ohio University.

The scholars — part of the Fulbright Junior Faculty Development Program — arrived on campus on June 30. This year’s cohort is composed of: Dena Abozaid, May Adham, Yasmine Amrousy, Sherif Fahmy, Nada Hazem and Saeed Soliman. They will be visiting until Sept. 8.

“We’re excited to have the scholars again at Ohio University,” said Gillian Ice, director of the Global Health Initiative (GHI) at OHIO. “Last year was such a success in terms of cultural experiences and collaborative research and we’re looking forward to new experiences with this group.”

According to Ice, adjustments were made to the program for this year based on feedback from the scholars and instructors. Some of the content of the 10-week program has been rearranged including frontloaded research and curriculum development nodes.

Like last summer, the scholars are paired with mentors and will spend time with host families to learn more about the culture of Appalachia and Southeast Ohio.

The program includes trips to events such as the Athens County Fair and visits to Columbus, Ohio and Washington, D.C., to learn about the legislative process.