Although improvements have occurred, some rural geographical areas are still identified as distressed counties, those characterized by lower educational attainments with higher unemployment and poverty rates compared to those living in non-Appalachian areas of the nation. Forty-two percent of the Region's population is rural, compared with 20 percent of the national population.

The main campus of Ohio University and its five regional campuses are geographically located within the 32 Ohio counties identified by the 1965 Appalachian Regional Development Act as Appalachia. Since Ohio University is surrounded by a large portion of Ohio's most vulnerable economically disadvantaged residents, the University has made a commitment to addressing many of the most critical needs in the region, especially those related to health. 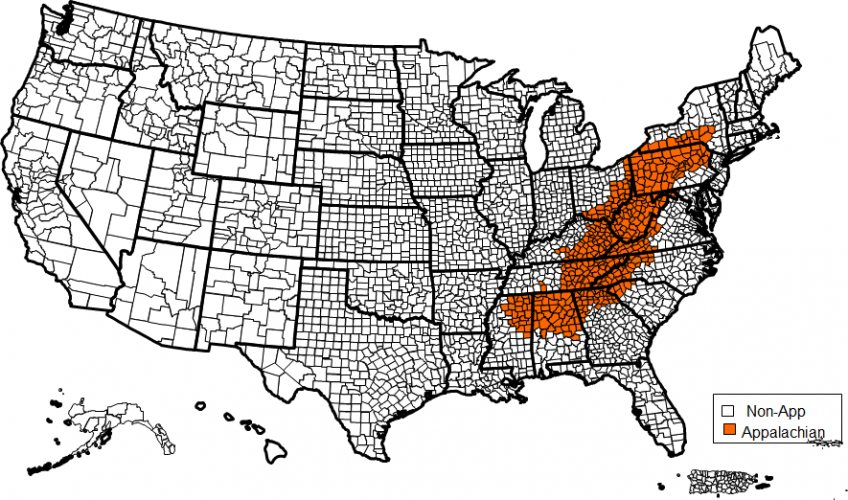 The Political Boundaries of Appalachia as Defined by the Appalachian Regional Commission.