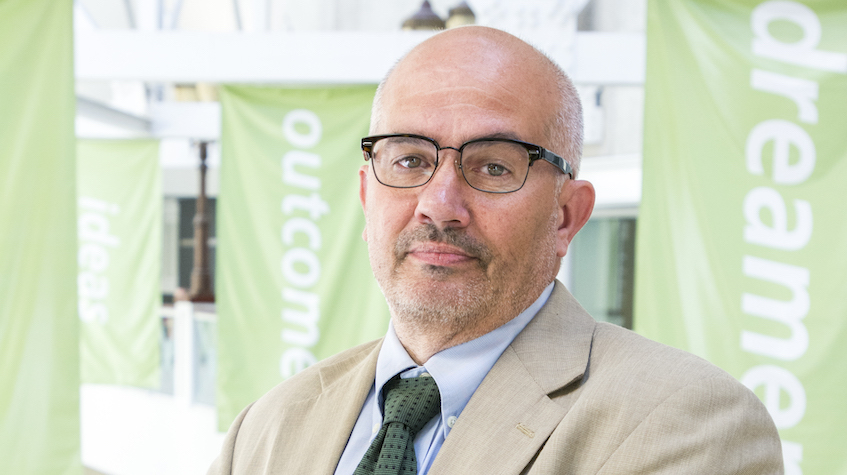 Dr. Charles “Chad” Starkey, AT, FNATA of Athens, Ohio has recently been inducted into the Ohio Athletic Trainers’ Association (OATA) Hall of Fame. Dr. Starkey has been Professor and Associate Director of Athletic Training at Ohio University in Athens from 2005 to the present day.

OATA Hall of Fame inductees are recognized for their outstanding performance in the profession. Candidates demonstrate excellence through their scholarly activities, contributions to educating future athletic trainers, and in service to the state, district and/or national organization as well as in their communities.

After receiving his PhD, Chad left OHIO to become an Associate Professor in Athletic Training at Northeastern University in Boston, Massachusetts where he stayed for the next 17 years. In 2005, Dr. Starkey was enticed back to Ohio University by his long-time mentor, Charles “Skip” Vosler to help re-establish the athletic training educational program to one of the elite programs in the country. His years of academics have allowed him to instruct, guide, and mentor over 1000 athletic training students, many of whom remain in the profession today.

Since returning to OHIO, Dr. Starkey has lent his energy and support to the OATA. He served for six years on the College and University Athletic Trainers’ Committee including serving as Chair. He has also served on the OATA Legislation Committee for the past 12 years and is still currently active.

Academics has always been his main focus and he has held numerous positions on committees of the National Athletic Trainers’ Association (NATA), the NATA Board of Certification (NATABOC), and the Commission on Accreditation of Athletic Training Education (CAATE), all related to athletic training education and/or credentialing.

Starkey and his wife, Mary Connolly, reside in Athens with their 4 dogs.

Starkey was inducted into the OATA Hall of Fame on May 17, 2019 during the Hall of Fame Banquet as part of the 2019 OATA Annual Meeting and Symposium at Great Wolf Lodge in Mason, Ohio.