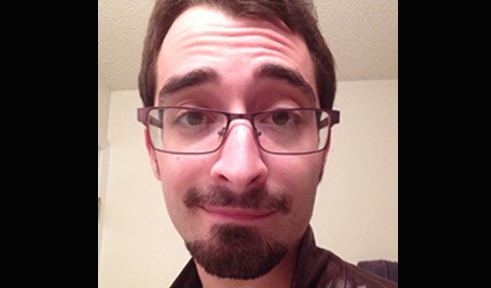 Mr. Sosa's research interests broadly focus on meaning-making after uncertainty. Specifically, he is interested in comparing direct and indirect methods of restoring meaning following threats to meaning. Nicholas also investigate how counterfactual thoughts may help people find meaning after close-calls or near-death experiences. Finally, he is interested in how people’s worldviews (i.e., justice beliefs & determinism beliefs) or superstitions about their environment may help them find meaning during uncertain experiences.

The Need-Satisfaction framework of Self-Esteem: Self-esteem as a Monitor and Motivator of Need Satisfaction

Summary: Alongside my advisor, Dr. Jennifer Howell, we present a new perspective on the function of self-esteem. We base the framework of our model in classic motivation literature and propose that self-esteem serves to monitor and motivate the pursuit of a variety of psychological needs: existential, safety, belongingness, self-efficacy, and meaning needs.

Responsibilities: As a graduate student in pursuit of a doctoral degree in experimental psychology, I have the responsibility of assisting professors with teaching in addition to conducting my own independent research. Most of the research involves the investigation of how counterfactual thinking impacts people’s affective states, goal-pursuit, and causal inferences. Though, I have a broad interest in researching various types of imagination domains, including nostalgic reflection and the imagination of future selves.

Summary: Past research has argued that causal complexity and equifinality are related in that they both highlight the idea that multiple paths may lead to the same outcome. This reasoning is contradictory to a counterfactual account of causal inference which suggests that mutating one step in a path may lead to a very different outcome. To reconcile these differing claims, the current investigation, thus, hypothesized that counterfactual thinking and causal complexity are positively related because they both highlight a satisfying sense of causal coherence, while causal complexity and equifinality are negatively related.

Presentation: This project was presented at the Society for Personality and Social Psychology in San Diego.

Summary: Past research has argued that nostalgia has overly positive effects on people’s psychological states. The current investigation is concerned with whether nostalgia produces positive or negative effects on performance through an achievement task. Specifically, it is hypothesized that people who reflect nostalgically about a past memory will show increased persistence and performance on an achievement task than people who reflect on an ordinary memory.

Summary: Past research has found that reminding the dominant majority group that minority groups will be increasing in number in the next decade arousals negative affect. The current research is hypothesizing that this negative affect can be thought of as another kind of meaning threat. Specifically, dominant majority individuals who read a short news article indicating increasing minority populations are expected to experience more death-though accessibility, greater threat, and reduced meaning.

Responsibilities: Chosen out of 170 applicants to participate in research on social perception, action, and motivation. Responsibilities involved all stages of the research process, ranging from experimentation assistance and independent study creation to an NYU Lab conference presentation. Opportunities were also available to think critically about research as well as develop advanced skills in data analysis and report writing needed to be an independent researcher.

Responsibilities: Assisted in research for in and out-group studies. Responsibilities involved all stages of the research process. This included the creation of face stimuli, preparing and coding data for analysis, and programming experiments using Media Lab and Direct RT.