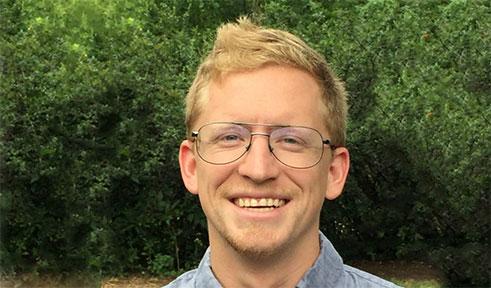 Moak is also a faculty affiliate of the Center for Law, Justice & Culture.

Daniel Moak is an Assistant Professor of African American Studies and is an affiliated faculty member in Political Science and the Center for Law, Justice & Culture. He earned his Ph.D. in Political Science at the University of Pennsylvania, where he was also a graduate fellow in the Program on Democracy, Constitutionalism, and Citizenship as well as the Center for the Study of Race & Equity in Education.

His research focuses on the way that race has shaped the political development of American institutions, public law, and public policy – particularly the ways in which race has been used in the United States to separate, segregate, and channel individuals and groups into different lanes of civic worth and opportunity. His research pays close attention to the limitations and unintended consequences of historical efforts to address Black political demands.  His forthcoming book, From the New Deal to the War on Schools: Race, Inequality, and the Rise of the Punitive Education State, examines how both major American parties have come to share a remarkably similar understanding of the education system, as well as a set of punitive strategies for fixing it. Combining an intellectual history of social policy with a broad history of the educational system, he looks beyond the rise of neoliberalism to find the surprising origin of today’s education woes in Great Society reforms. The book documents how a vision of education as a panacea for society's flaws led us to turn away from redistributive economic policies and down the path to market-based reforms, No Child Left Behind, mass school closures, teacher layoffs, and other policies that plague the public education system to this day.

Dr. Moak joined Ohio University in 2016. His work has appeared in a number of venues including Journal of Policy History, Social Science Quarterly, and African American Political Thought: A Collected History.

"Case Study of the School-to-Prison Pipeline in Kern County, California," $3,000 grant from The California Endowment for a project with Dr. Sarah Cate from the University of Southern Mississippi.

From the New Deal to the War on Schools: Race, Inequality, and the Rise of the Punitive Education State (in Press), University of North Carolina Press, Justice, Power, and Politics Series.

“The Political Development of Schools as Cause and Solution to Delinquency,” The Journal of Policy History (forthcoming); with Sarah D. Cate.

“Thurgood Marshall: The Legacy and Limits of Equality Under the Law,” in African American Political Thought: A Collected History (2021); edited by Melvin Rogers and Jack Turner.