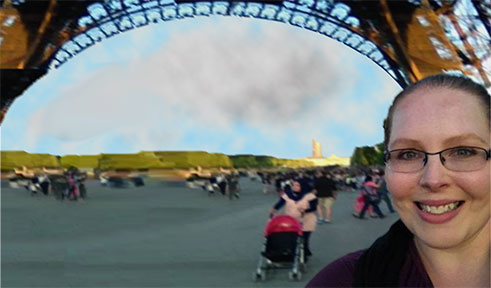 “‘Are you sure she was your sister?’: Sororal Love and Maternal Failure in Toni Morrison’s Paradise. Article will appear in Toni Morrison and Mothering/Motherhood. Forthcoming 2016, Demeter Press.

“‘Crown’d’ and ‘Endured’: The Language of Tyranny and an Ethic of Peace in Macbeth and The Sound and the Fury: Appendix.” Article will appear in Shakespeare: New Critical Perspectives. Forthcoming 2016.

“Beneath an Undivided Sky”: Environmental Disorder and Human Passivity in Theodore Roethke’s “Interlude.” Article will appear in A Field Guide to the Poetry of Theodore Roethke. Forthcoming 2015.

“‘Teach the Paints to Speak’: Mythology and the Muse in the Ekphrastic Poems of Mather Byles and Phillis Wheatley.” Article will appear in Ekphrasis in American Poetry: The Colonial Period to the 21st Century. Forthcoming 2015, Cambridge Scholars Publishing.

“The Red Death and Romeo: Poe’s ‘Magnificent Revels’ as a Re-vision of the Capulet Masquerade.” Article will appear in Perspectives on Edgar Allan Poe: Collected Essays. Forthcoming 2015, McFarland.

“Modernities in the Americas, 1910-1970” Second Biennial Symposium of the Institut des Amériques, University of Burgundy; November 2015. Title of Paper: “The laughter that shattered”: Modernist Laughter and Social Detachment in Jean Rhys’s Voyage in the Dark

"'She Flew to Me for Protection': Networks, Agency, and Community in Eighteenth-Century Women's Writing"

The Cultural Heritage of the Midwest: A Symposium. Society for the Study of Midwestern Literature; June 2015. “I believe in the paint”: Commodification of Belief in The Rise of Silas Lapham

Lovers, Madmen and Poets: Shakespeare and the Imaginary, Supernatural, and Divine. Ohio Valley Shakespeare Conference, The Ohio State University; October 2014. “By the pricking of my thumbs”: Corporeal Omens in Shakespeare’s Tragedies”

“Many straunge and horrible events” – Omens and Prophecies in Histories and Tragedies by Shakespeare and His Contemporaries. Société Française Shakespeare, The Sorbonne; April 2014. “By the pricking of my thumbs”: Corporeal Omens in Shakespeare’s Tragedies

Reconsidering Macbeth. Shakespeare in Performance, The University of Maine at Farmington; May 2012. “Text as Performance: Faulkner’s Retelling of Macbeth”