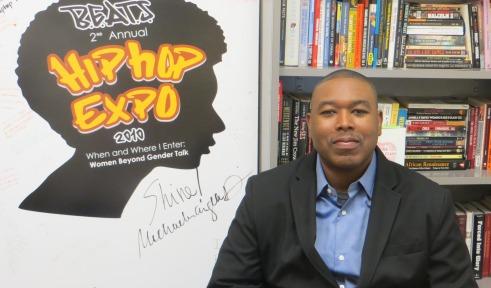 Houston is a filmmaker, DJ, social critic, and one of the nation's most authentic Hip-Hop scholars.

My scholarship is interdisciplinary and draws on the fields of Africology/African-American, Cinema, Cultural, and Gender Studies. In addition to these disciplines, Hiphop is a site of my scholarly interests. I posit that popular culture (television, film, music, new media) is a fertile source for the study of ideological production. My research focus attempts to unpack meaning as it relates to constructions of gender, race and class.

Houston, A. (2012). Tasseography as a healing practice: Education in a post-racial classroom. In Weems, M. (Ed.), Empathy and the Imagination-Intellect: Writings of Healing and Resistance. (Forthcoming 2012) New York: Peter Lang.

Houston, A. (2010). The Art of Shadowboxing: Teaching about gender performance using Hiphop Culture as Pedagogy. The International Journal of Africana Studies, 16, 1, 141-155.