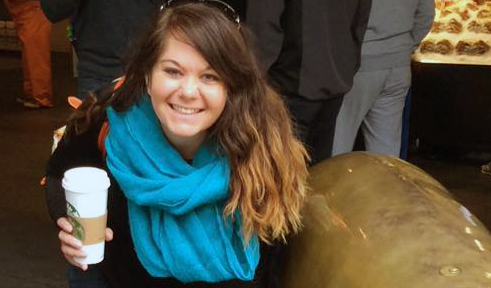 Ph.D. in Experimental Psychology, with a specialization in Health, 2014-Present, Thesis: Diet, Stress, and Inflammation: The Relationship of Omega-3 Fatty Acids on Inflammation, Mood, and Cardiovascular Activation at Rest and in Response to a Standardized Social-Evaluative Threat Stressor Task, In Progress

Responsibilities: Ran participants through physiological protocol, cleaned and entered heart rate data with Kubios software, scored OSPAN data with Excel and SPSS. We presented a poster for this study at the Society of Behavioral Medicine (SBM) conference in the spring of 2014.

Projects: On the Influence of Structure and Complexity in Perceived Duration Responsibilities: Organized data from Matlab. I am acknowledged in a recent submission by the lab (Vigo & Zeigler, On the Relationship Between Complexity and Temporal Judgements, manuscript submitted for publication), and the project is also in the process of being used to write a chapter for a textbook.

Projects: Impact of Beliefs About Rituals on Neutralizing Behavior and Anxiety Responsibilities: Explained procedures to and obtained informed consent from participants, administered and scored self-report questionnaires that assessed a variety of domains (i.e., anxiety, mood), ran participants through experimental manipulations for anxiety induction and measured the effects of the manipulations, debriefed participants, and assisted with data entry and management in SPSS.

Guest Lectures, (Sept. 2015) UC 1000:
1.5 hour lecture on the psychology major, including my experience as an undergraduate, what the major entails at OU, and what you can do with a major after graduation

Statistics for the Behavioral Sciences (Oct. 2015)
Four class periods (one week) of lectures covering one-way ANOVA and helping students select/approving topics for the third project (a group project on ANOVA). Received very high feedback from students regarding the lectures, and the students performed very highly on the ANOVA portion of their exam.