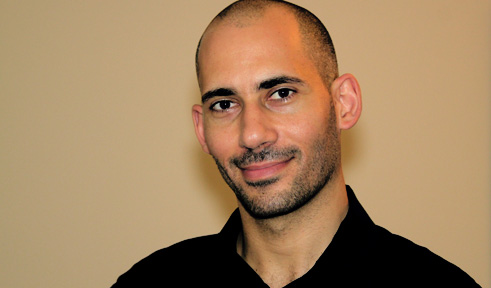 Ziad Abu-Rish is an assistant professor in the Department of History, and director of the Middle East and North Africa Studies certificate program. He specializes in the modern Middle East and North Africa (MENA) region, and his research interests focus on the political economy and cultural constructions of state formation in the Arab Middle East. He is particularly interested in the discursive and material production of a national economy as a sphere of action as well as a site of mundane and institutional struggle. Such a research agenda involves three lines of inquiry: the social history of shifting patterns of alliances and conflicts; the institutional history of the norms, repertoires, legacies, and regulations that shape a given political economy; and the cultural history of the reproduction of "the state" through specific representational practices.

At Ohio University, Ziad Abu-Rish draws on his experiences and networks in public engagement to organize lectures, film screenings, and other activities accessible to the broader OHIO community. He serves on the editorial teams of both the Arab Studies Journal and Jadaliyya e-zine. He is a member of Quilting Point film collective, which produced the documentaries About Baghdad, What Is Said About Arabs and Terrorism, and The "Other" Threat. He is a board member of the Arab Studies Institute, a knowledge production institute in its own right, but also the umbrella organization for five other subsidiary projects—which in addition to ASJ, Jadaliyya, and Quilting Point, include Tadween Publishing and the Forum on Arab and Muslim Affairs.

He is currently finalizing a book manuscript, titled "The State of Lebanon: Popular Politics and the Institution Building in the Wake of Independence." The project narrates and analyzes elite and popular mobilizations around the construction of specific institutional arrangements that gave shape to the early post-colonial political economy of Lebanon.

Ziad Abu-Rish's teaching has been recognized by the 2018 Grasselli Brown Faculty Teaching Award (College of Arts & Sciences) and the 2017 Outstanding New Tutor Award (Honors Tutorial College). His primary teaching fields of interest center on the political, social, and cultural history of the modern and contemporary Middle East and North Africa. He offers lower division survey courses as well as more advanced courses. These latter classes deal with specialized topics in Middle East history or broader, thematic, and cross-regional topics. He draws on multiple forms of histories (i.e., political, economic, social, and cultural) and frames the region within a global comparative perspective. His courses include: