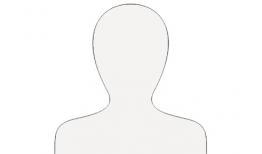 "A Deepening Divide: Drugs, Immigration, and the Making of a Militarized US-Mexico Border, 1968-1980"

My dissertation utilizes the necessary primary and secondary sources to explain how the modern conversation about U.S.-Mexico border security emerged in the 1970s. The events of the late 1960s prompted U.S. president Richard Nixon to crack down on crime and drug abuse domestically while extending his war on drugs into foreign territory, especially Mexico. Nixon's administration shut down the US-Mexico border in the fall of 1969 in order to seize illegal drugs, creating a chaotic traffic scene and disrupting businesses on both sides of the divide. Though "Operation Intercept" did not succeed in stopping the narcotics trade in any significant manner, it laid the foundation for future surveillance of the border area. From 1969 until 1980, Americans felt increasingly vulnerable to foreign threats such as terrorism and international drug trafficking, and grew more apprehensive about immigration from the developing world. These insecurities, combined with the oil shocks of 1973, the American loss in Vietnam, and the looming Cold War, contributed to a growing unease about the future of American power in the world. By the early 1980s, the problems of drug trafficking, illegal immigration, and security at the U.S.-Mexico border had reached the top of the national agenda, in keeping with the larger push for a more assertive posture in world affairs throughout the course of Jimmy Carter's presidency. While historians and commentators have generally focused on the Nixon and Reagan years as the key periods in the American war on drugs and tend to think of the modern illegal immigration debate as originating sometime in the 1990s, my dissertation posits that it was actually during the Carter years that the two topics became synonymous with border security.