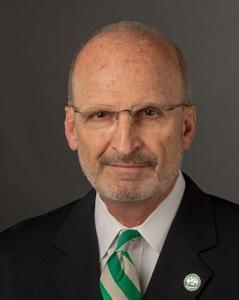 Dan Dahlen is an Ohio University Graduate. He graduated in 1976 with a BSJ majoring in advertising. Since then has enjoyed an amazing career in the marketing and advertising business. He started with a small ad agency in Columbus on the McDonald’s account. No one knew then that a few short years later (1984) the trajectory of Dahlen’s career would skyrocket. He was the Director of National Advertising and Promotion at Wendy’s International when he drafted a simple thought that he shared with their ad agency in New York. That thought was “some hamburger restaurants camouflage their small burger with big names”. From that brief “Where’s the Beef?” was created and the rest is history. Dahlen was promoted to the youngest VP in Wendy’s history…and his career enabled him to work and live in New York, Chicago and Los Angeles. While in Chicago as Worldwide Account Director on the Subway account Dahlen made that first call to a student by the name of Jared Fogle who was attending Indiana University at the time. Dahlen negotiated the deal on the phone, 7 days later that shot a commercial featuring Jared that went on Network TV for the first time in 2000. Now while that has ended badly for Jared that campaign was recently honored as the most effective restaurant ad campaign in the past 15 years.

Dahlen has worked for some of America’s most admired ad agencies including J. Walter Thompson/Chicago, Hal Riney/Chicago and Campbell-Ewald/L.A. He has also worked on the corporate side with not only Wendy’s but also Rally’s and Shoney’s where he was CMO. Prior to coming to back to Athens, Dahlen supervised the Restaurant Sector for the Nielsen Company in New York City where they measured the effectiveness of TV commercials. But after 5 years of guest lecturing (and loving it!) at OU, he and his wife decided to sell their home in Columbus and move to Athens so he could pursue a new career in Higher Education.

Dahlen is the founding director of the College of Business' Consumer Research Center. He recently earned his Masters of Sports Administration in 2016. Dahlen serves on three boards including OHIO's J-School Advisory Board, the Beta Housing Corporation Board of Directors and the Jill’s Wish Foundation Board of Directors.

In his spare time he also does some marketing consulting for his company, dahlen communications. Dahlen and his wife Elizabeth live in Athens. They have 3 kids who live in Columbus. And now have 3 grandchildren. And two Pugs who rule the roost at their home on the west side of Athens.